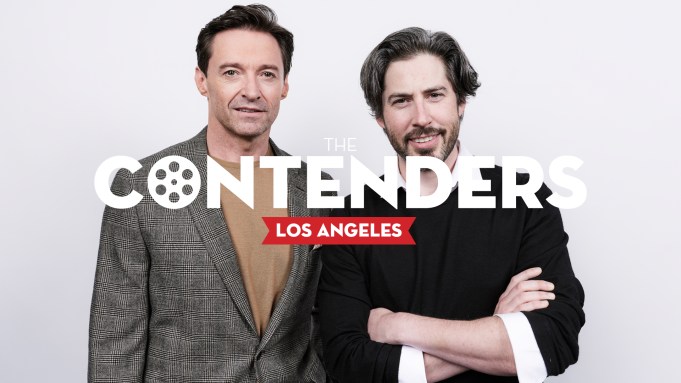 The challenge of taking on the saga of former U.S. Sen. Gary Hart was front and center at Deadline’s The Contenders Los Angeles event held earlier this month at the DGA Theater in front of a SRO audience of Academy and key guild voters.

The Front Runner co-writer and director Jason Reitman was joined onstage by Hugh Jackman, who plays Hart in a role that has won the Australian star some of the best reviews of his career and immediate Oscar buzz. Jackman has never before played a person who is still living, so that presented its own challenges which he helped along by meeting and staying with Hart and his wife, Lee (played in the film by Vera Farmiga) at their Colorado home. He talks about what that exposure meant for him as an actor.

Reitman talks about the changing nature of political campaigns and the public scrutiny politicians are now under, especially as the tabloid culture and constant dissection of the personal lives of the famous have become so prevalent. Although The Front Runner is about a campaign that took place 30 years ago — and lasted only three weeks before an accusation of an extra-marital affair sank Hart’s nascent presidential bid — Reitman’s film explores how that moment was the beginning of the end for politics as a place where personal lives were out of bounds for discussion. Jackson also talks about the difference in dealing with tabloids for a celebrity such as himself and someone running for the highest office in the land.