Continue to Deadline SKIP AD
You will be redirected back to your article in seconds
Skip to main content
January 2, 2019 1:56pm 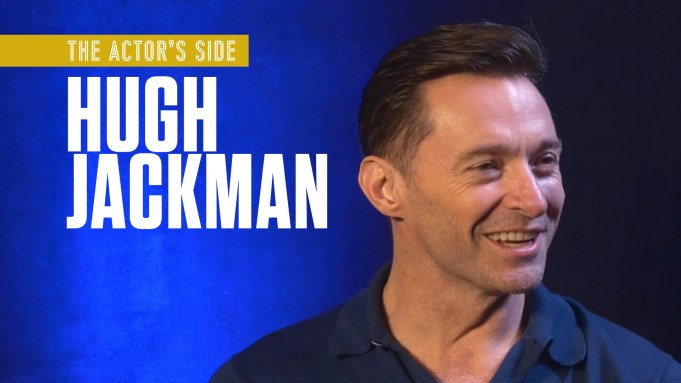 In a wide-ranging interview for my Deadline video series The Actor’s Side, Hugh Jackman visits our studios and talks of encounters with Kirk Douglas (he just received the Santa Barbara Film Festival award named for the legend), hosting the Oscars and why he may do it again, and the impetus for his role as P.T. Barnum in last year’s The Greatest Showman and how that musical smash defied all box office prognosticators by rising out of the ashes of a low opening weekend. He also touches on why he decided to stop playing Wolverine, and how he stumbled into acting growing up in Australia with special thanks to his late grandmother’s will.

We also discuss how his current film, The Front Runner, provided a big challenge playing a living person, Gary Hart, and having the responsibility to get it right.

Jackman says that although others look at him as a triple threat, he sees himself purely as an actor and always has despite getting to show off his musical talents early on in a school production of Beauty and the Beast and never stopping, all the way to an Oscar nomination for Les Miserables. He is still showing off those talents and will take off this year for a major concert tour to augment his screen work, which includes another film he tells me he is proud of, tentatively called Bad Education and set for release later in 2019 (likely with a new title). As for Greatest Showman, there is talk about taking that into live arenas as well.

Finally, he says he chalks up his success to fate, and the fates indeed have been very kind to Jackman, who I think gives one of his finest performances in The Front Runner.

Check out our conversation in the video above. To watch past episodes of the interview series, click here.