Continue to Deadline SKIP AD
You will be redirected back to your article in seconds
Skip to main content
November 13, 2018 9:45am 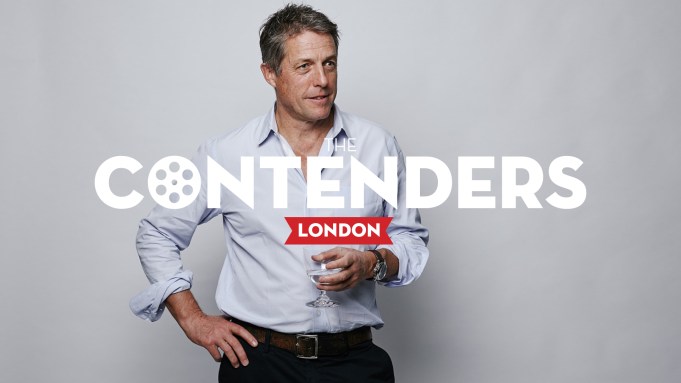 Hugh Grant’s turn as the over-the-top villain in Paddington 2 scored him a BAFTA nomination this year and the London Critics Circle’s Supporting Actor of the Year Award. With the Heyday Films/Studiocanal sequel to the massive 2014 family hit released domestically by Warner Bros in January 2018, it’s eligible for Academy consideration this year, and Grant stopped by Deadline’s recent The Contenders London event to discuss his turn as foil to the bear from darkest Peru — and he had us all in stitches.

In Paddington 2, the marmalade-loving ursine is now happily settled with the Brown family, spreading joy wherever he goes. While searching for the perfect present for his beloved Aunt Lucy’s 100th birthday, Paddington finds a unique pop-up book in and embarks upon a series of odd jobs to buy it. But when the book is stolen, it’s up to Paddington and the Browns to unmask the thief.

That thief is Buchanan, a master of disguise and one-time major stage star, who was immediately eyed for Grant. Paddington 2 director Paul King sent the actor a letter saying, “We’ve written this part of a vain, washed up, has-been with you in mind.”

I asked Grant how he felt receiving such a missive, and in the video above he quipped, “Well, it was a very hurtful letter — and true — and they actually originally called the character Hugh… I got my equity card in regional theater, Nottingham Playhouse, playing Third Shouting Peasant and Tree In The Wind, and the dressing room was full of people like Phoenix Buchanan, wonderful old luvvies, very slightly predatory really. ‘Good evening Hugh, I see I’ve caught you in your underwear again.’ But I felt very fond of them and I’m glad to have mined them for profit.”

In the film, Buchanan interacts often with Paddington, a CGI creation voiced by Ben Whishaw with whom Grant said he has a “weird history.” He never worked with Whishaw on the Paddington 2 set, but did note that he previously starred in Cloud Atlas with Whishaw, who played his wife. “I was very unpleasant,” he pointed out. “Now, he’s a bear that I try to put in prison and kill.” The pair also star in A Very English Scandal.

About working with a character who’s not there, Grant said, “It’s a little tricky. They give you a choice when you have a scene with Paddington. You can either have an actress who’s there on set all day long, who’s the right height for Paddington and very nice. Or you can have a stick with a bear’s head on it and I couldn’t deal with that. It was like a warning to bears: ‘Don’t come back in this area or you’ll be beheaded.’ Or you could just have a stick and in the end, I found it easiest just to work with a stick. I became rather fond of the stick in the end.”

The Busby Berkeley-esque musical number that’s seen in the clip above was the first sequence Grant shot for the movie. He told us in London that while watching the playback of a scene where he, with the help of his fellow musical inmates, is carried through the air, he asked producer David Heyman, “Is this the end of my career?” to which Heyman responded, “Yes, I think so.”

Grant also pointed out the good Paddington offers to cinema and the world. “Paul King and his whole team deserve a huge credit for bringing out the positive message of Paddington which was there in the original books, where you see the best in everyone and make it palatable — and more than that, really entertaining.” He then added, “It’s an extraordinary message to me because I’ve always seen the worst in everyone.” I asked him if he’d learned a lesson, and he got in another laugh, deadpanning, “Not really.”