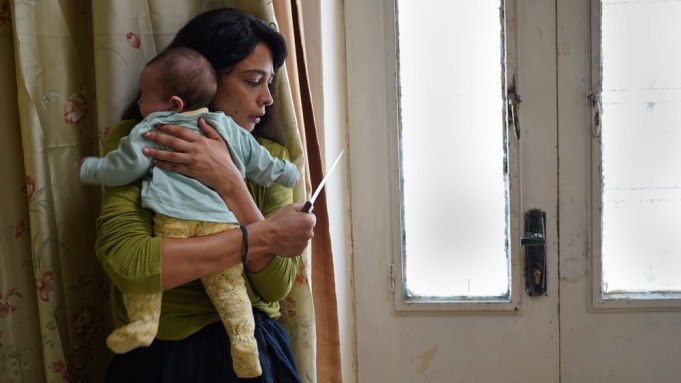 Written and directed by Palestinian filmmaker Abu-Assad, the thriller centers around Nadia, a young mother married to a controlling and jealous man, who is blackmailed into a conflict between the Israeli secret service and the Palestinian resistance after a visit to her local hair salon.

The movie will get its world premiere as the opening night film in Toronto’s Platform strand. IFC recently picked up U.S. rights. Memento Films International is handling international sales.

H&A Production, the company run by Abu-Assad and his wife Amira Diab, are lead producers, alongside Egyptian producer and Cairo Film Festival head Mohamed Hefzy at Film Clinic. Philistine Films came on board during the lockdown. Executive producers are Emilie Georges and Mathieu Delaunay.

Production was halted twice last year on the film because of Covid regulations and a festival berth has been long-awaited for the film, which must be a strong candidate to be the Palestinian Oscar entry this year.

Hany Abu-Assad told us: “For me, Huda’s Salon is a deep cry in the face of injustice. A modest attempt to support the status of vulnerable women in Palestine. And more intimately a personal journey of reclaiming independence”.

Last time out, festival favourite Abu-Assad made his English-language debut on The Mountain Between Us with Kate Winslet and Idris Elba. The filmmaker is also a producer on acclaimed Egyptian director Mohamed Diab’s new film, Amira, which is debuting at the Venice Film Festival.