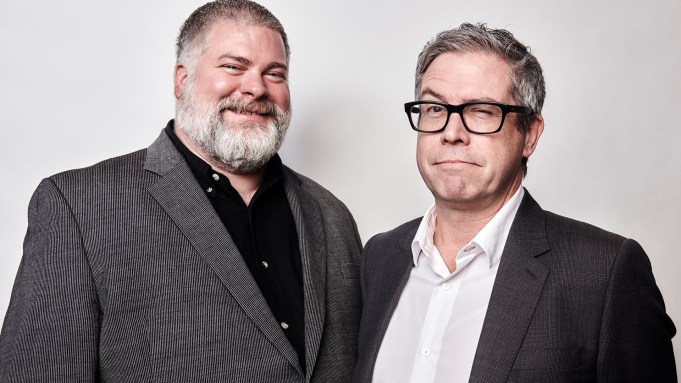 The evocative power of music is considered essential across the breadth of contemporary Hollywood filmmaking, but it may be most vital and potent in animation. The challenges of composing for the medium was front and center during the DreamWorks Animation panel at the recent The Contenders Los Angeles, which spotlighted the music achievements of both Abominable and the third installment of the popular How to Train Your Dragon franchise.

For Abominable, music was more than an emotional accompaniment, it served a key story function as the only shared language between Everest (the film’s hirsute title character) and the story’s protagonist, Yi (voiced by Chloe Bennet), the violin-playing Shanghai teen who meets her unlikely new friend on the rooftop of her apartment building.

Abominable producer Suzanne Buirgy told the DGA Theater audience of Academy and guild voters that writer-director Jill Culton was the one who conceived the musical bonding scene, and composer Rupert Gregson-Williams who “knocked it out of the park” with the theme he delivered.

“Jill always pictured the Yeti and Yi as having this conversation with music,” Buirgy said. “And so, of course a Yeti’s voice would be naturally very deep and Everest didn’t speak, so he really is just simply represented by noises he makes but also by also by this beautiful humming that he does. The kind of duet that Yi and Everest do together — Yi plays her violin for him and that brings out this humming — and so they have this beautiful relationship built on that music. The violin was almost a character in the film and the music certainly what they did together that brought out the magic in each of them.”

With The Hidden World, composer John Powell returned to close out a trilogy he has worked on since the original 2010 film. Powell said the challenge this time was making the music mature along with the characters, including Toothless the dragon.

“Toothless growing up was part of the bigger picture of all three films — I mean, everyone was maturing in them, including me,” Powell said. “Each film…the main idea was to write each one better than the last and, finally, [the idea was] to write good music. But instruments-wise, there’s always the same kind of Celtic feel that we started with the first movie, that’s always there a little bit. I just needed to get it a little bit sexier for the relationship on the beach, you know, the ‘third date,’ as I called it. That was the hardest scene, I think, to do. That was one of the first and last that I did. I started it first and didn’t finish it until we were almost done.”