Continue to Deadline SKIP AD
You will be redirected back to your article in seconds
Skip to main content
December 30, 2019 2:15pm 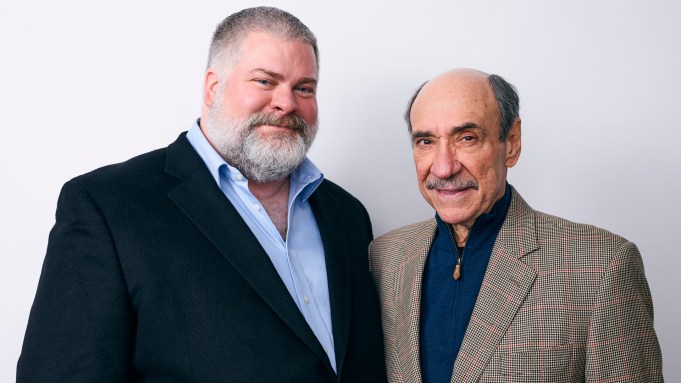 After it debuted in 2010, DreamWorks Animation’s How to Train Your Dragon swept the board at the following year’s Annie Awards. Four years later, the first sequel debuted in Cannes and was nominated for an Oscar in the Animated Feature category. This year’s entry, How to Train Your Dragon: The Hidden World, looks set to follow a similar trajectory.

As for the appeal of the franchise, many point to the fact that it dares to deal with the subject of the real-world consequences of action and bravery, depicting key characters with severe disabilities. There is also the quality of its voice cast, and joining director Dean DeBlois for The Hidden World was veteran actor F. Murray Abraham, who plays dragon hunter Grimmel the Grisly.

Speaking at Deadline’s recent The Contenders New York, Abraham talked about the challenges of making an animated feature.

“When we first started to work,” he recalled, “we agreed on a price, and we said, ‘OK, we’ll do this.’ It was about a four- or five-hour session, I think. I was doing a play at the time and I thought, ‘Well, that’s a decent price.’ But then they said, ‘We have to do some more… We have to do some more.’ And we did four more sessions. They got me cheap! But the fact is, Dean wouldn’t relent. I’m really good at what I do, but it wasn’t good enough. I had to keep on doing it again. And he kept rewriting. But I’ve gotta tell you, it was a thrill — and it paid off.”

DeBlois admitted to the DGA Theater crowd of Academy and guild voters that he was surprised the franchise had survived for so long, but confirmed he would not be returning to that world anytime soon. “You never really know [what’s going to happen] when you get started on these films,” he said. “Luckily, we’ve remained a family. It’s a decade of our lives, and it’s something that we’re deeply proud of, because we painted ourselves a target. We said, ‘We’re going to tell a bittersweet story of transformation. The dragons will go away in the end, but our characters will finally come into fruition.’

“And through all the changes that happen within a decade, including DreamWorks being sold, we managed to stick to that target. And [the franchise] is a very different kind of story. It’s different for DreamWorks and different within the world of animation. It takes consequence seriously. It deals with some very mature and universal rights of passage. And it’s true to itself. So I feel very proud of it. And I’m glad to be moving onto some something new, because I think that’s creatively healthy.”

Check out more of the conversation in the video above.