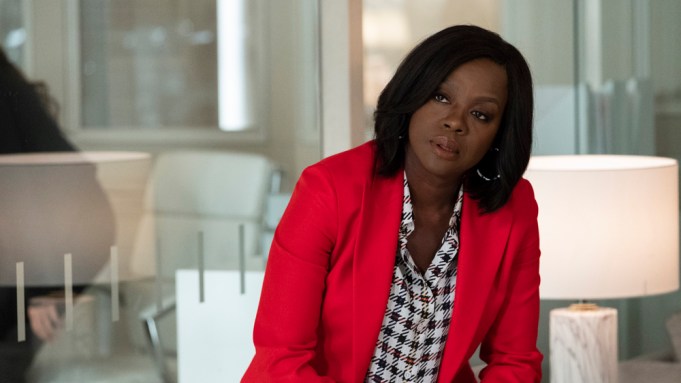 The upcoming 15-episode sixth season of ABC’s How To Get Away With Murder will be its last.

Created by Peter Nowalk, How to Get Away with Murder has been an anchor in ABC’s TGIT programming block since its premiere in 2014, and has cemented star Viola Davis’ name in history as the first woman of color to win an Emmy Award in the Lead Actress in a Drama Series category.

HTGAWM‘s final chapter also brings to an end TGIT as a three-hour Shondaland programming block taking over ABC’s Thursday night primetime as its departure will leave only two Shondaland series on the network, stalwart Grey’s Anatomy, which already has been renewed for the 2020-21 season, and spinoff Station 19, which will be far more integrated with the mothership series this coming season, building a shared universe.

“Viola Davis made television history with her unforgettable portrayal of iconic female antihero Annalise Keating,” said Karey Burke, President, ABC Entertainment. “I am eternally grateful to her, Pete Nowalk and Shondaland for creating and bringing to life such a smart, sophisticated and groundbreaking series that has long been an integral part of Thursday nights on ABC.”

This season follows Professor Annalise Keating’s (Davis) class through their final semester in law school – while the deception, fear and guilt binding Professor Keating to her students prove deadlier than ever. You can watch a teaser above.

“Deciding to end this series was a brutal decision, but ultimately the story tells you what to do – as it did here,” Nowalk said. “For me, Annalise Keating’s journey has always had a clear ending. Knowing I have 15 episodes left to finish her story, and the chance to give all the characters their own killer endings, is a gift rarely given to a series creator and I’m grateful to ABC and ABC Studios for the opportunity and creative freedom. I am so thankful to the brilliant cast, writers and crew for dedicating themselves to the most rewarding experience of my career over the last six years. I also want to thank our fans. The only reason this show exists is because of your loyalty and enthusiasm. I can’t wait for you all to see how it ends, with twists and turns and all the craziness we love to create every Thursday night. Buckle up.”

How to Get Away with Murder has been praised for its on-screen inclusivity, with storylines exploring racial dynamics, LGBTQ representation, gender inequality and sex positivity. Over the course of the last five seasons, the series has been awarded numerous accolades including an American Film Institute Award for Television Program of the Year, a GLAAD Media Award for Outstanding Drama Series and an NAACP Image Award for Outstanding Drama Series.

In addition to the Emmy, Oscar winner Davis has been honored with two SAG Awards, a People’s Choice Award and an NAACP Image Award for her portrayal of Annalise Keating.

Shondaland’s How to Get Away with Murder is created and executive produced by Peter Nowalk (Scandal, Grey’s Anatomy). Shonda Rhimes, Betsy Beers and Stephen Cragg also serve as executive producers. The show is produced by ABC Studios, a division of Disney Television Studios.