The Film That Lit My Fuse: Oscar-Winning Director Ron Howard
Read the full story
April 30, 2019 9:46am 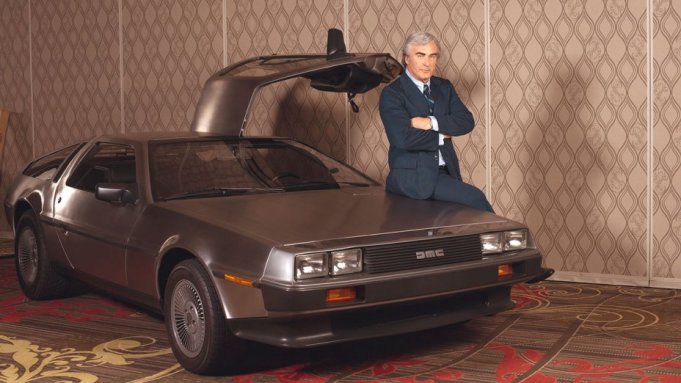 It’s been a doc-heavy year here at the Tribeca Film Festival with 51 titles programmed, and it stands to reason given the non-fiction boom at the box office and on Netflix.

Don Argott and Sheena M. Joyce’s Framing John DeLorean, along with Rob Epstein and Jeffrey Friedman’s Linda Ronstadt: The Sound of My Voice, are among the most intriguing and that’s because their subjects are so riveting: One a Greek tragic hero who literally overshot the American dream and crashed, and the other a gifted vocalist, with a keen sense of the complexities of the music industry, who was able to team up with the right talent at the right point in time and rapidly brand herself as a multi-genre songstress.

Throughout the years, Hollywood has tried to rev up the definitive John DeLorean movie and sputtered.  An indie one from Nick Hamm which starred Lee Pace as the renegade sports automaker, Driven, premiered at TIFF in the fall. George Clooney has a DeLorean movie in the works at MGM under his Smokehouse label which he’ll direct and potentially star in.

One production company that had a DeLorean pic in the works sought out Argott and Joyce so that they could make the behind-the-scenes doc. Even though that project didn’t come to realization, the doc duo became transfixed by the enigmatic former GM exec, who boldly walked away from his job to try and start his own company, which ultimately made the silver steel sportscar, with flipped up doors, immortalized in Robert Zemeckis’ Back to the Future. DeLorean couldn’t keep up as an indie, and became desperate to the point where he was sucked into a cocaine trafficking ring (set up by U.S. feds) in an effort to make $17M. He would become a born again Christian, become divorced from his third wife model Cristina Ferrare, and continued to have more financial woes.

“What is it about this guy that Hollywood is obsessed and why can’t anyone crack the code?” says Joyce about the gist of her doc.

“Hollywood producers love John’s story because they see so much of themselves in John: What’s harder than making a movie? Well, building your own car company, right?” Argott tells Deadline.

“Once you get into how he is as a person. he’s harder to figure out: Is he a hero or a villain?” she adds. Many claim that they have been close to DeLorean, but there are varying accounts as to who he really was. Argott and Joyce get access to DeLorean’s daughter and adopted son, as well as one of the key federal agents who was involved in the cocaine sting operation. Taking the entire doc to a whole different level are scripted moments with Alec Baldwin as DeLorean and Morena Baccarin as wife Cristina. We encounter the actors on and off camera: Baldwin shares his method in regards to portraying DeLorean, not as how others saw him, but as he saw himself.

Framing John DeLorean premieres tonight at 8:30am PST at the SVA Theater. Sundance Selects will release the pic on June 7 in theaters.