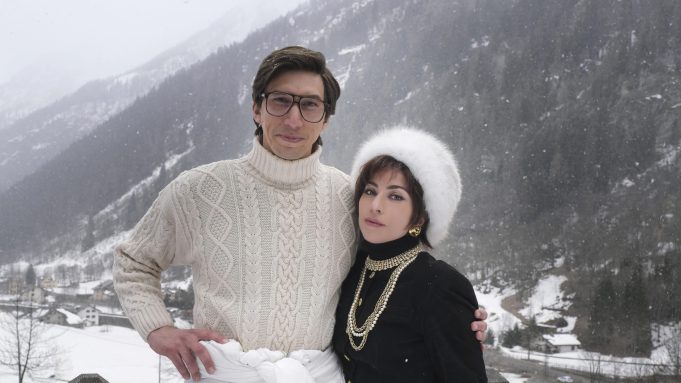 MGM has unveiled the first official trailer for House of Gucci, an anticipated crime pic from director Ridley Scott, which United Artists will release in the U.S. on November 24.

The film starring Oscar winner Lady Gaga (A Star Is Born, American Horror Story) and two-time nominee Adam Driver (Marriage Story, BlacKkKlansman) tells the story of how Patrizia Reggiani (Gaga), the ex-wife of Maurizio Gucci (Driver), plotted to kill her husband, the grandson of renowned fashion designer Guccio Gucci. Spanning three decades of love, betrayal, decadence, revenge, and murder, the drama will ultimately examine what a name means, what it’s worth, and how far a family will go for control.

The film scripted by Becky Johnston and Roberto Bentivegna is based on The House Of Gucci: A Sensational Story of Murder, Madness, Glamour, and Greed, a 2001 book by Sara Gay Forden.

Al Pacino (The Irishman, Once Upon a Time..In Hollywood), Jeremy Irons (Watchmen, Zack Snyder’s Justice League), Salma Hayek (the upcoming Eternals), Jack Huston (Fargo), and an unrecognizable Jared Leto (The Little Things) round out the cast. Leto has long been associated with the Guccis, having featured in a number of their ad campaigns, starting in 2016.

The awards contender will be distributed internationally by Universal Pictures.

Check out its first-look trailer above.