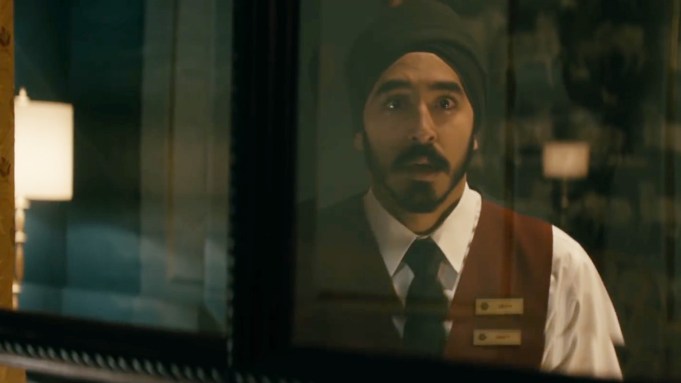 It may have echoes of some of those all-star disaster movies so popular in the ’70s like The Towering Inferno, but don’t kid yourself, this one really happened. The new film Hotel Mumbai  recounts the events of November 2008 in Mumbai, the vibrant center of India’s entertainment and financial world, where a group of Pakistani jihadists hijacked a fishing boat and landed on the beach there on their way to creating complete anarchy and killing 170 people in one of the world’s biggest terrorist attacks. At the heart of it was the famous 100-year-old Taj Mahal Palace Hotel, which became what citizens and visitors thought would be an impenetrable safe haven but turned out to be the place these terrorists targeted most of all. With some 500 guests caught up in the melee, it is a miracle that all but 32 of them survived the subsequent three-day siege.

The film focuses on a handful of those caught up in this nightmare including the five-star restaurant chef Hemant Oberoi (Anupam Kher), who is a key player in director and co-writer Anthony Maras’ take on events. Oberoi served as a consultant on the film in order to make sure events were accurately portrayed, and was something of a hero in the proceedings so becomes an important part of the story. So does a waiter named Arjon, played by Dev Patel, a Sikh who like many of the hotel staff rose to the occasion in order to stop the carnage and save the guests. In fact, most of the casualties at the Taj were indeed employees who put themselves on the front lines.

The script, which blends actual events with fictionalized characters, was co-written by Maras and John Collee and focuses on the staff, as well as some guests — primarily young couple David (Armie Hammer) and Zahra (British/Iranian actress Nazanin Boniadi) with a newborn baby in tow, and a not-so-likeable (at least at first) Russian millionaire Vasili (Jason Isaacs) — as their personal stories are intertwined into the action.

Make no mistake, Maras makes sure there is a lot of action and violence as this telling of the story (there have been numerous versions on TV and elsewhere in the intervening years) never seems to let up. This film puts us right in the center of it all, and if you have a weak stomach it might be a little hard to take, especially since we seem exposed to this kind of living horror on a weekly basis on the news (most recently in New Zealand) and it is disconcerting to see this kind of thing played out as intensely as this is. Still, Maras keeps the humanity of it front and center and celebrates the human element in order to understand the minds behind all of this. The film also performs a public service by getting this ongoing story out there, and notes a $5 million reward is available for information leading to the arrest of seven individuals who have been identified as planning the attack but have not yet been apprehended.

Veteran Bollywood star Kher is excellent as Oberoi, as is Patel who seems to be in every English-language, India-set movie I have seen since Slumdog Millionaire brought him instant fame. Hammer and Boniadi do well in roles that are harrowing to say the least as their baby is constantly in danger along with them. Another director might have taken this all into more of a docudrama-type territory — something Paul Greengrass inevitably would have done — but Maras acquits himself nicely balancing entertainment and real-life horror in his feature film debut, handling a story that first and foremost should be a reminder that human beings are equally capable of the worst and the best.

Do you plan to see Hotel Mumbai? Let us know what you think.