Amazon Gets Ready For Its Next Hollywood Evolution After Jeff Blackburn's Exit
Read the full story
September 21, 2021 11:04am 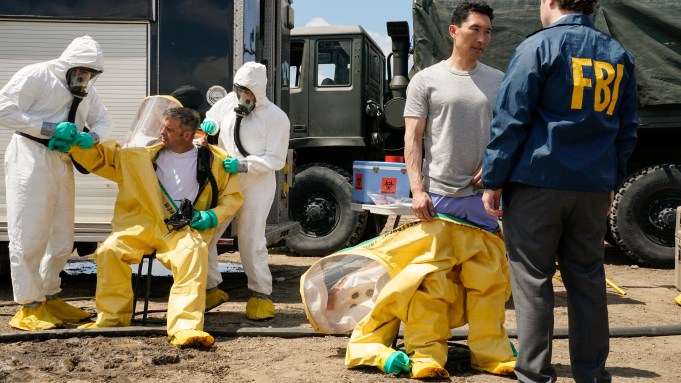 “Anthrax spores do not just die — they settle. They lie in wait.”

That chilling reminder leads the first trailer for The Hot Zone: Anthrax, National Geographic’s series about the wave of terror that gripped the country 20 years ago. In the weeks after the 9/11 attacks, several news-media offices and some prominent Democratic politicians were sent envelopes containing the deadly bacterium. Five people died, 17 others were infected, and the investigation would last nearly eight years.

The Hot Zone: Anthrax follows the parallel stories of Matthew Ryker (Daniel Dae Kim), an FBI agent with a specialty in microbiology, and Dr. Bruce Ivins (Tony Goldwyn), a brilliant microbiologist who becomes embroiled in the hunt to find the 2001 anthrax killer. Ryker risks his career to convince his superiors of the unthinkable — that the United States is under attack again. Ivins works closely with the FBI to uncover who is behind the deadly anthrax letters, while his growing instability and paranoia give way to deeper unnerving discoveries.