Continue to Deadline SKIP AD
You will be redirected back to your article in seconds
Skip to main content
June 17, 2019 9:30am 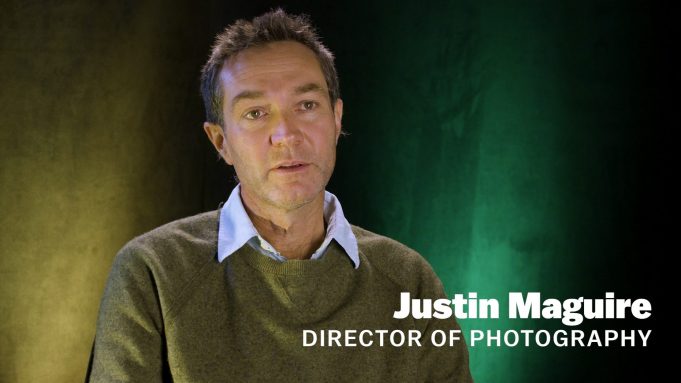 For Justin Maguire, one of the cinematographers behind Hostile Planet, so much goes into “telling an intimate story of an animal.” A remarkably intimate and uniquely affecting look at the natural world, the National Geographic series allowed Maguire to bring together everything he’d learned over more than 20 years in the field—documenting the lives of ants, elephants and everything in between, in over 40 countries.

Hosted by Bear Grylls, Hostile Planet examines the world’s most brutal landscapes, and the animals surviving within them. An enormously ambitious project, it was shot on all seven continents over the course of several years, with nearly 300 artists on board the crew.

Working in concert with scientific consultants, who could advise on the nuances of animal behavior, Maguire was also in a constant dialogue with the series’ producers concerning logistics—how a particular shot could be executed, or the way in which a comprehensive story would be told.

“Prior to a shoot, there’s a clear intention of what we’re trying to achieve, and it depends a lot on the sequence. Some sequences, you won’t know exactly what you’re going to get. You have to just film what you see,” the cinematographer explains, in the latest installment of Deadline’s Production Value video series.

Other sequences on Hostile Planet required an altogether different approach. In Episode 4, for instance, Maguire went into the jungle to examine the behavior of the cordyceps fungus, a parasitic organism that infects and kills ants. Rendered in stunning time-lapse photography, this bizarre natural process was captured over the course of months, requiring patience, strategy and storyboards from the DP. “There’s a lot of forethought that goes into those sorts of sequences,” he says, “really giving it a much more cinematic feel.”

Generally, though, shooting a natural history series is unlike other forms of work behind the camera—a run-and-gun experience that necessitates a different relationship to story. While the performances of actors can be shaped, to some degree, after the fact, a lion is going to do what a lion’s going to do.  “If you’re constructing something, you have control; you can make a shot evolve,” Maguire reflects. “In natural history, you have to really choose those moments, or be very cunning about how you try and construct something.”

The kind of work Maguire does also requires him to think differently, on a technical level. “Often on a shoot, we’ll create a shot that has never really been done before with any equipment, because we’ve muddled a whole lot of new gear together that hasn’t been configured in that way, that’s allowing us to observe things that we couldn’t observe before,” the DP shares. “So, we’re continuously creating our own bits of equipment—often a medley of different bits, all put together.

“What I find so rewarding with natural history [is that] each shoot has a whole host of new challenges, which you probably have not encountered before. It’s a journey of problem-solving,’” he adds. “And you resolve some of the problems, but you have lots of things go wrong at the same time.”

The Hostile Planet cinematographer hopes the series will resonate with people, and perhaps even lead “to some form of preservation or conservation.

“There’s so much to learn from it, and so much to be gained, just from an emotional point of view,” he observes. “Knowing these things exist, I think, is very good for our psyche.”

To view our conversation with Maguire, click above. For a look at the cordyceps fungus sequence from Episode 4 of Hostile Planet, titled “Jungles,” click on the video below.