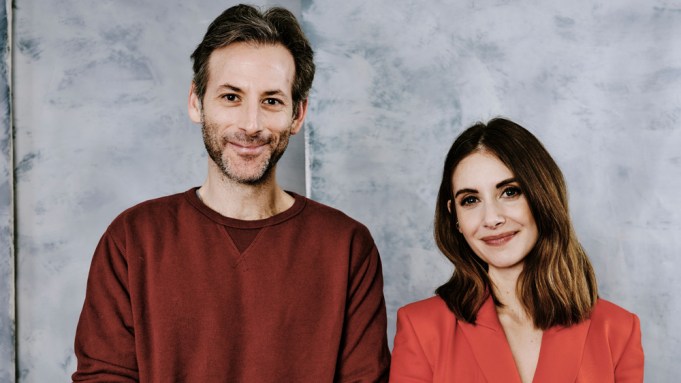 Horse Girl marks Alison Brie’s first screenplay and is a story that hits very close to home for the G.L.O.W. actress. She co-wrote the script with director Jeff Baena and it is based on her own family history.

“My mother’s mother lived with paranoid schizophrenia and I grew up hearing stories about my grandmother and my mother sometimes traumatic childhood,” Brie said in the Deadline studio at Sundance. “I sort of just lived my whole life knowing that mental illness existed in my bloodline and I was just kind of kicking around the idea of a thriller or something in the sci-fi realm of how terrifying it is not to be able to trust your own mind.”

In Horse Girl, Brie plays Sarah, who leads a simple life. She works at a crafts store and frequents an equestrian center. When she receives a gift that stirs some questions about her family history, unexpected and strange dreams begin to disturb her. In turn, she struggles with her own reality.

Baena, who worked with Brie on Joshy and The Little Hours, said that he contributed the equestrian element to the pot when the two of them were on a hike. “There’s this sort of a combination of a bunch of ideas that we kind of had,” he said. “It just seemed like a really cool fit.”