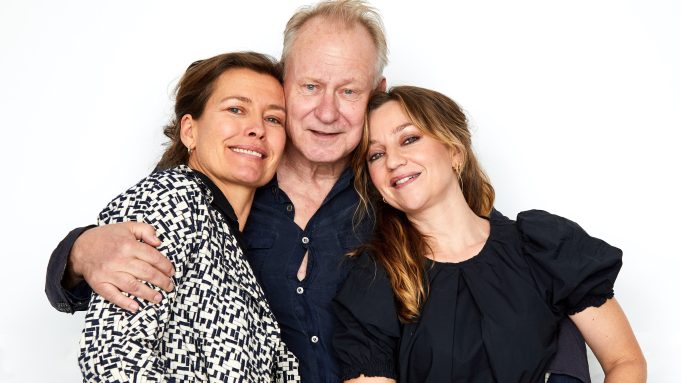 Terminal illness was a theme that cast a long shadow over this year’s TIFF, but Maria Sødahl’s film Hope came at the subject from a rather different perspective—from the Swedish director’s own experience, in fact, when she was diagnosed with brain cancer several years ago. Nevertheless, the film is not in any way a memoir, even though some of it is clearly autobiographical. “It’s a story about one week in a woman’s life that also tells a whole life story of 20 years together with her husband,” she told us during a visit to the Deadline studio. “I think it’s not a cancer story, but it’s very, very relevant for people in general.”

Stellan Skarsgård, who has known Sødahl and her director husband Hans Petter Moland for many years, took up the story. “It takes place during Christmas, from the day before Christmas Eve [to the] second of January,” he explained. “They’re supposed to celebrate Christmas with their six kids, and at the same time, this bomb[shell] comes and tells her that she’s got three months to live. Does she tell the children? And what happens between the couple, between the husband and the wife? What truths bubble up, and how do you deal with a long relationship that has maybe gone a little stale at that moment?”

Happily, there’s a clue in the title of what is ultimately a tale of reconciliation and redemption. “It’s [about] getting to know each other anew,” Sødahl said. “Getting a second chance, in a way.”