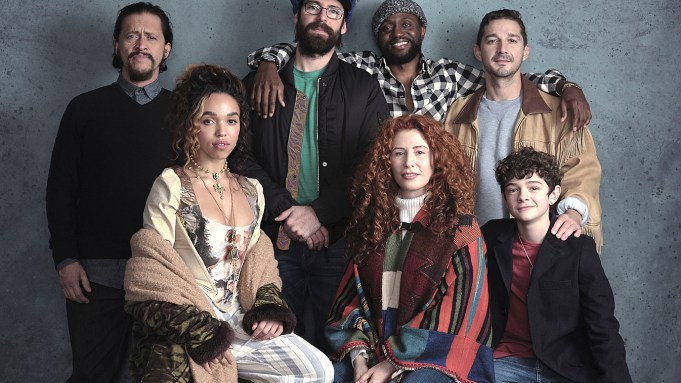 When Shia LaBoeuf was court-ordered to attend rehab following his 2017 arrest, he emerged having written a script that seemed like the stuff of fiction, only it wasn’t. Growing up in a motel, a young LaBoeuf paid his alcoholic father to drive him to auditions, as the pair eked out a hardscrabble and insecure life together.

Having known LaBoeuf since 2011 when he contacted her as a fan of her work, director Alma Har’el had bonded with him over their mutual childhood experience.

“It turned out both of our fathers were very funny, loving alcoholics that also endured a lot of pain and as a result brought us up in different ways,” Har’el said at Deadline’s Sundance Studio. “We had a lot of similarities that I feel all children of alcoholics share to a certain degree.”

Then, after LeBoeuf was arrested in 2017, he sent her an email from rehab containing a script that “just blew my mind” she said.

FKA Twigs came on board the project after an initial read of the script kept her up all night. “I’d known Alma maybe two years before she sent me the script for Honey Boy”, Twigs said. “It was maybe two o’clock in the morning, and I thought to myself, ‘I’m just going to read maybe ten pages, and then I’ll pick it up in a couple of days.’ At 5.30am I’m still reading it, and in it, and I was just so inspired by the writing.”