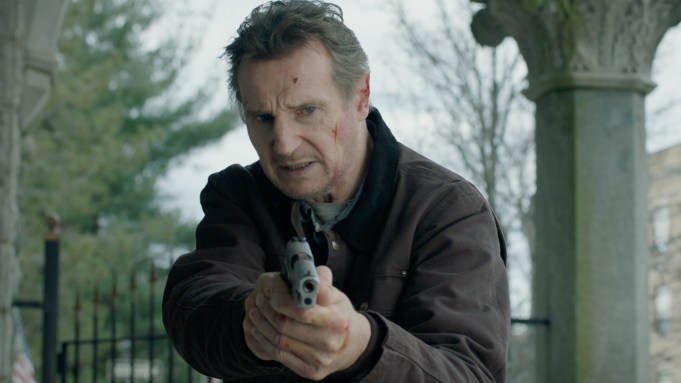 The elusive In and Out Bandit wants out of the game, but the feds double-double-cross him. OK, it’s only a single double, but Liam Neeson is a bank robber in love, and he’s willing to cut a deal.

Here is the first trailer for Honest Thief, in which the Taken and Cold Pursuit star plays a meticulous thief who has dodged capture for years but succumbs to handcuffs on his heart. Neeson’s Tom Carter has criminally withdrawn $9 million from small-town banks while managing to keep his identity a secret. But when he falls for the bubbly Annie (Kate Walsh), Tom decides to make a fresh start by coming clean about his criminal past. A pair of FBI agents (Jai Courtney, Anthony Ramos) have a different idea, though.

Expect no shortage of fights, chases and explosions as one man’s makes it his mission to set things right for the sake of love. In other words: This time it’s personal. If it seems like we’ve heard that once or twice before about a Neeson actioner, well maybe the guy should just self-isolate for a while.

Robert Patrick and Jasmine Cephas Jones co-star in the feature from writer-director Mark Williams (Ozark). He also produces alongside Myles Nestel, Tai Duncan, Craig Chapman and Jonah Loop. Open Road is targeting an October 9 theatrical bow for Honest Thief.  Watch the trailer above, and check the key art below.