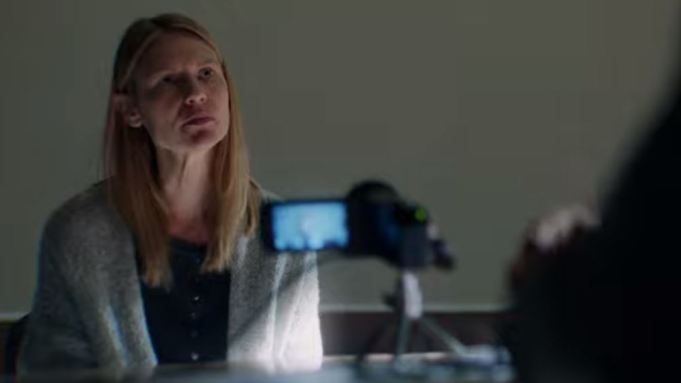 “Have you ever conspired with a foreign intelligence officer or service,” the very serious man asks Carrie Mathison. “Are you accusing me of something?” she spits back.

Later in this first teaser for Season 8 of Homeland, we hear Carrie’s mentor/boss/foil Saul Berenson say ominously, “Everyone breaks under Russian interrogation.” Watch it above.

Claire Danes is back as Mathison, a role that won her back-to-back lead actress Emmys in 2012 and 2013, and Mandy Patinkin returns as Berenson. The farewell run of Homeland will feature a nod to Season 4 — the first without original star Damian Lewis — which was set in Afghanistan and Pakistan, with that season’s heavily recurring players, Nimrat Kaur and Numan Acar, reprising their roles.

The final season finds Mathison recovering from months of brutal confinement in a Russian gulag. Her body is healing, but her memory remains fractured – which is a problem for Saul, now National Security Advisor to the newly ascendant President Warner (Beau Bridges). The top priority of Warner’s young administration is an end to the “forever war” in Afghanistan, and Saul has been dispatched to engage the Taliban in peace negotiations. But Kabul teems with warlords and mercenaries, zealots and spies – and Saul needs the relationships and expertise that only his protégé can provide. Against medical advice, Saul asks Carrie to walk with him into the lion’s den – one last time.

After a two-year hiatus, which Showtime brass said at TCA was due to an “ambition production schedule” Season 8 of the Emmy-winning drama launches February 9 on Showtime. It originally was set to premiere this past June.