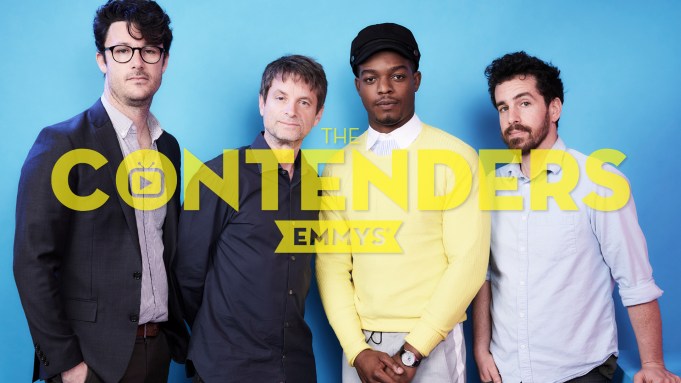 Part of a new mini-trend of taking popular podcasts and transitioning them into full-fledged TV entertainment, Amazon’s Homecoming just might be the prime example at the moment.  Who knew that would be all it would take to get Julia Roberts to commit to her first TV series?

At Deadline’s fourth annual The Contenders Emmys all-day event at Paramount Studios, the series’ creators and cast members started it all off on the Amazon panel first thing in the morning to discuss how this all came about. Joining me onstage in front of a packed audience of TV Academy and guild voters were co-creators and writers Micah Bloomberg and Eli Horowitz, along with series co-stars Stephan James and Shea Whigham.

Bloomberg and Horowitz shared the process and challenges in taking the podcast they started and making it work as binge-worthy TV drama with an unusual half-hour format, rare for the form. Ultimately, they say, it is not the length of the show but rather how it deals with people and relationships that matter.

James talks about the numerous monologues and dialogue he had to memorize, something he said excited him as an actor. He also sheds light on his research with military and veterans as he dove into this dystopian universe. Whigham discusses the brilliance of Homecoming director Sam Esmail, someone he favorably compares to Martin Scorsese, Damien Chazelle, David O. Russell and others he has worked with in his long career.