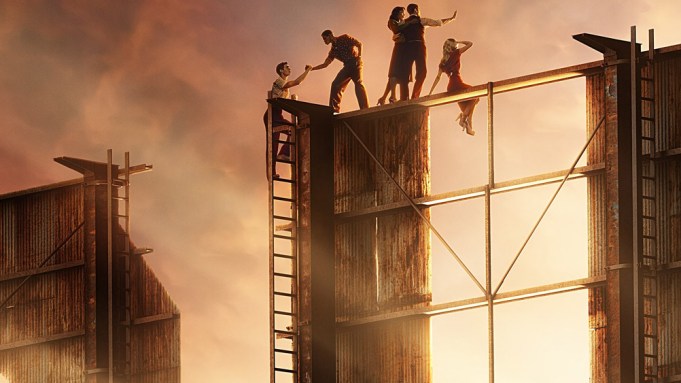 We’re getting the first look at Hollywood, Ryan Murphy and Ian Brennan’s seven-episode limited series ahead of its May 1 premiere on Netflix.

Co-created by Murphy and Ian Brennan, Hollywood follows a group of aspiring actors and filmmakers in the titular town, post-World War II, as they try to make it at any cost. Murphy described it as “a love letter to the Golden Age of Tinseltown” when he first announced the project last year.

In Hollywood, each character offers a unique glimpse behind the gilded curtain of Hollywood’s Golden Age, spotlighting the unfair systems and biases across race, gender and sexuality that continue to this day. The show aims to expose and examine power dynamics, and what the entertainment landscape might look like if they had been dismantled.

Murphy, Brennan, Criss and Janet Mock executive produce along with Alexis Martin Woodall. Hollywood is Murphy’s third show for Netflix following The Politician and Ratched, and the first under the massive overall deal he inked with the streamer in February 2018.