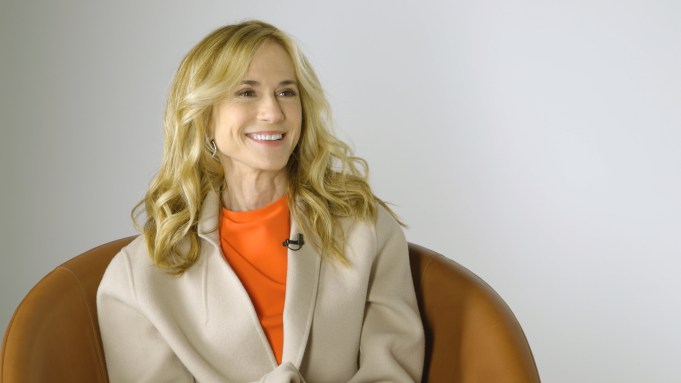 Holly Hunter already has Oscars, Emmys and a whole slew of other awards for movies like The Piano, Broadcast News over her long and successful career, but now last summer’s indie hit The Big Sick has sparked a new round of honors for the star including two SAG nominations, a Critics’ Choice nom, and tonight a Career Achievement Award at the Palm Springs Film Festival’s awards gala. Playing a mother dealing with the boyfriend of her coma-stricken daughter, Hunter runs the gamut in the comedy, based on the true story of comedian Kumail Nanjiani and his now-wife Emily Gordon. Hunter not only had to play against stand-up comedian Nanjiani, who cast himself as himself in the screenplay he and Gordon wrote, but also veteran comic Ray Romano who plays her husband.

In the latest episode of my Deadline video series The Actor’s Side, where I talk about their profession with some of our top stars, Hunter discusses the challenge of being a straight actor working opposite comics, as well as the success of this little movie that made a big mark. She also talks about bringing depth to the mother-daughter relationship she has in the film with co-star Zoe Kazan.

Beyond this movie, we talk about the self-doubt that comes with every role, her beginnings on the stage in her small southern Georgia hometown, her praise for journalists after playing one so memorably in Broadcast News 30 years ago, as well as her fears for their future in an age where they are increasingly under attack by the government. She also sheds light on her Oscar-winning turn in The Piano,  along with upcoming projects including a new Alan Ball-created HBO series, and the return of Pixar’s animated The Incredibles.