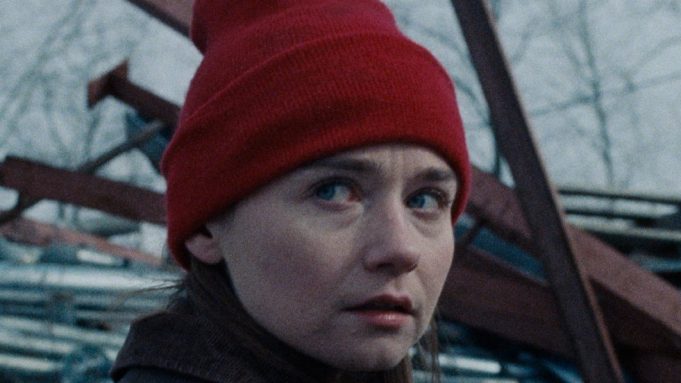 EXCLUSIVE: Deadline has your first look at IFC Film’s Holler. The coming-of-age drama, starring Jessica Barden (The End of the F***ing World), will be released in select theaters on Friday, June 11.

Loosely based on the adolescence of writer/director Nicole Riegel, Holler centers on Ruth (Barden), a determined young woman living in a forgotten pocket of Southern Ohio, where manufacturing jobs and opportunities, in general, are drying up. For Ruth, going to college is the way out of “life below the poverty line.” But in order to pay for her tuition, she must join a dangerous and illegal scrap metal crew, alongside her older brother, Blaze (Gus Halper), spending one brutal winter working scrap yards by day, and stealing valuable metal from once-thriving factories by night.

While Ruth’s goal is in sight, she finds that the ultimate cost of an education for a girl like her may be more than she bargained for. In the end, she is forced to choose between her own promising future and the family she would have to leave behind, in order to bring it to fruition.

Check out the film’s official trailer above.