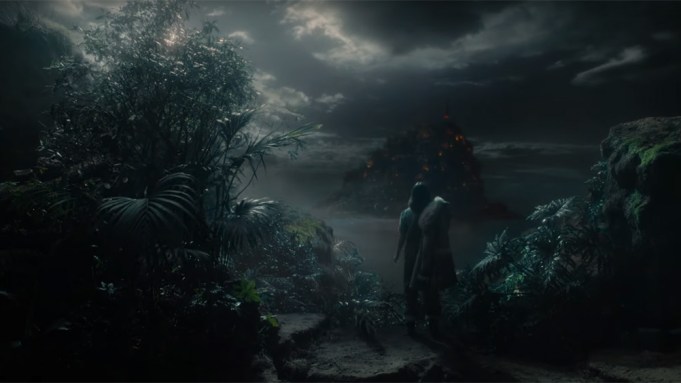 We’re getting the first look at the upcoming second season of His Dark Materials, HBO/BBC’s big-budget adaptation of Philip Pullman’s fantasy epic.

The second season begins after Lord Asriel has opened a bridge to a new world, and, distraught over the death of her best friend, Lyra follows Asriel into the unknown. In a strange and mysterious abandoned city she meets Will, a boy from our world who is also running from a troubled past. Lyra and Will learn their destinies are tied to reuniting Will with his father but find their path is constantly thwarted as a war begins to brew around them. Meanwhile, Mrs. Coulter searches for Lyra, determined to bring her home by any means necessary.

His Dark Materials, one of the biggest in scope and most expensive British dramas to date, is written by Jack Thorne and directed by Tom Hooper, and is based on Pullman’s acclaimed trilogy of books: Northern Lights, The Subtle Knife and The Amber Spyglass, considered a modern masterpiece of imaginative fiction.

Season 2 is set to premiere in November on HBO. Watch the teaser above.