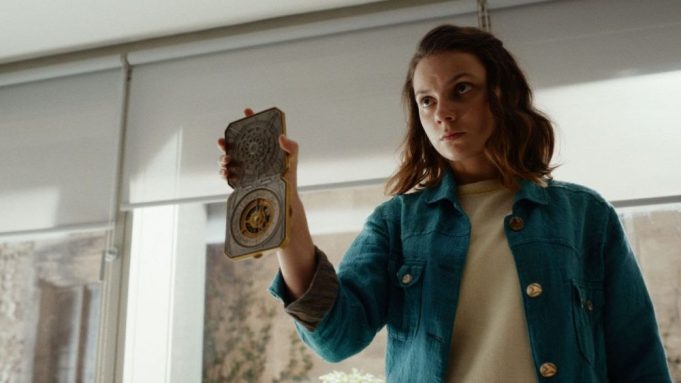 The Comic-Con@Home panel for His Dark Materials did not waste any time to give the fans what they want. Before the panel even started, HBO dropped the first trailer for season 2 which included the first look at the mysterious city of Cittàgaze.

Adapted from Philip Pullman’s award-winning trilogy of the same name, His Dark Materials had a dramatic conclusion in December. The new trailer feature a lot of nuggets of excitement from the second season where Lord Asriel (James McAvoy) has opened a bridge to a new world, and, distraught over the death of her best friend, Lyra follows Asriel into the unknown. In a strange and mysterious abandoned city she meets Will a boy from our world who is also running from a troubled past. Lyra and Will learn their destinies are tied to reuniting Will with his father but find their path is constantly thwarted as a war begins to brew around them. Meanwhile, Mrs. Coulter searches for Lyra, determined to bring her home by any means necessary.