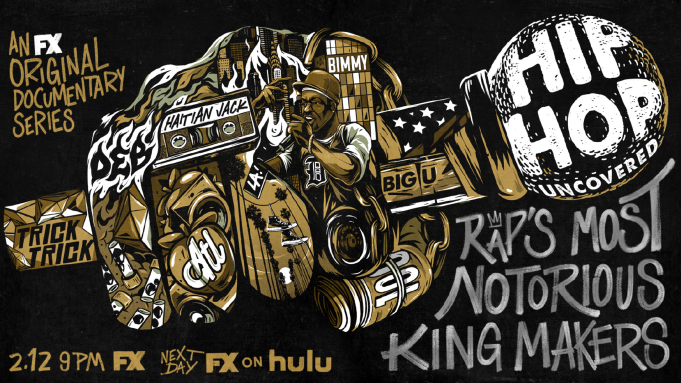 You can watch the trailer above for the series, which launches at 10 p.m. Friday, February 12, on FX before hitting FX on Hulu the following day.

Coming from executive producer Malcolm Spellman, who worked on Empire, and Lightbox, the company behind Whitney and the upcoming Tina Turner documentary, the series will look at this dying breed of power brokers who operate from the shadows of hip hop.

Set against 40 years of music history, the series takes a deep dive into the paradox of America’s criminalization of the genre and its fascination with the street culture that created it and still exists within it. Instead of telling the story of hip hop from the top down, Hip Hop Uncovered tells it from the streets up, as it reveals the untold story of how America’s streets helped shape hip hop culture from an expression of survival and defiance into music’s most dominant genre.