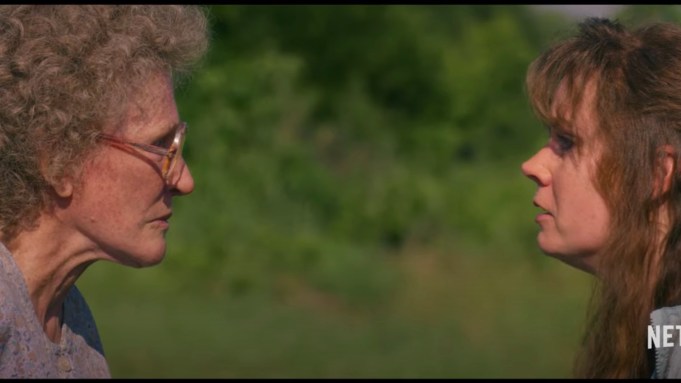 As the adult J.D. Vance, Gabriel Basso, as the official synopsis states, plays the former Marine and current Yale Law student “on the verge of landing his dream job when a family crisis forces him to return to the southern Ohio home he’s tried to forget. J.D. must navigate the complex
dynamics of his Appalachian family, including his volatile relationship with his mother Bev (Amy Adams), who’s struggling with addiction. Fueled by memories of his grandmother Mamaw (Glenn Close), the resilient and whip-smart woman who raised him, J.D. comes
to embrace his family’s indelible imprint on his own personal journey.”

Netflix will give Hillbilly Elegy a limited theatrical run in November before it begins streaming Nov. 24. around Thanksgiving.