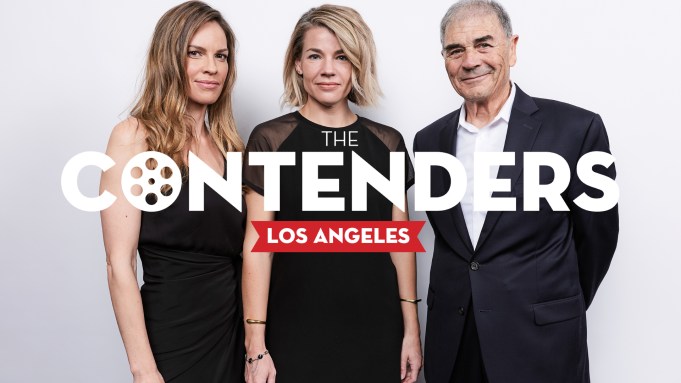 Swank told a packed DGA Theater crowd of Movie Academy and key guild members that out of all the many movies she has made, this one was unique, giving her a vulnerability in the character of a wife and mother who returns home to Chicago to deal with her aging parents: a mother (played by Blythe Danner) entering into dementia, and a father (Forster) in complete denial. She praised the cast which also included Michael Shannon as her brother, and said working with Danner and Forster was like a master class in acting.

Forster said this may be the best role he has ever had and, with colorful language, describes why.  He also talks about how being a parent himself of four kids (“If you add up their ages they are over 200 years old,” he said) informed how he could play this role.

For Chomko, it was an embarrassment of riches to have this cast in a very human family drama for her first feature film.