Continue to Deadline SKIP AD
You will be redirected back to your article in seconds
Skip to main content
November 21, 2018 1:55pm
1Comments 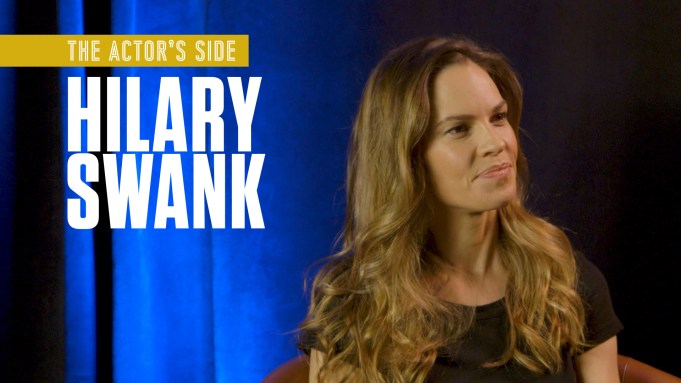 Hilary Swank is one of those rare actors to have won two Oscars for leading roles (Boys Don’t Cry, Million Dollar Baby), and in fact she is batting .1000 with two wins from two nominations. She’s consistently good and tends to gravitate to indie projects including her latest contender, the Chicago-set drama What They Had, in which she plays a wife and mother struggling with her own happiness and life while dealing with aging parents — a mom slipping into dementia and a father who is in denial about it all.

Swank visited our Deadline studios to appear in an episode of my video series The Actor’s Side to discuss how she approaches the craft that brought her so much fame and acclaim from a very early age, when she started out in movies like The Next Karate Kid, having lived in a trailer park and even a car for a brief period with her mother as she sought a career in Hollywood.

Things turned out pretty well, and our conversation begins with talk about what it meant to play Brandon Teena in that first Oscar-winning role in Boys Don’t Cry, to how her father’s life-threatening lung transplant resulted in her taking three years off from acting to be with him. Now after that break she is back with What They Had, which has a terrific ensemble cast including Michael Shannon, Robert Forster and Blythe Danner. She talks about the effect of her father’s illness on how it helped her understand her role even better, as well as being moved by the script from first-time writer-director Elizabeth Chomko whom she praises for a strong collaboration.