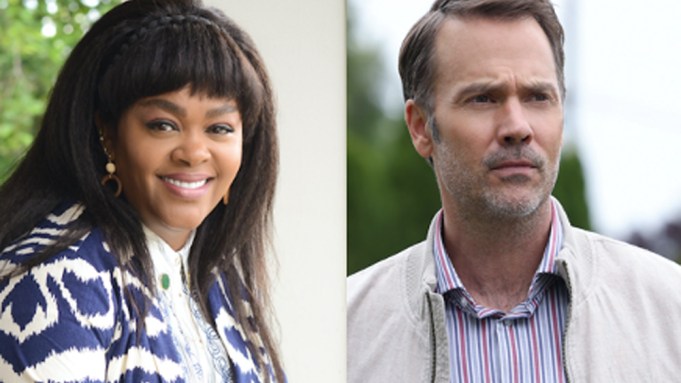 Here is the first trailer for Highway to Heaven, a movie reboot of the 1980s NBC drama series that starred Michael Landon. This time it’s Jill Scott as the angel who is sent back to Earth to help others in need. Have a look above.

Scott plays Angela (wink-wink), who applies for a “temporary guidance counselor” job at a middle school and tells the interviewer/principal (Barry Watson), “A few weeks in one place can be enough to change a life — I could start today.”

Welcome to the team.

“I am not like anybody else,” Angela tells Cody (Ben Daon), a troubled boy who is bitter and resentful about his mother’s recent death. “I’m an angel. I can see and do things that other people can’t do.” The skeptical kid asks, “What are you talking about?” A little miracle later, they share an embrace.

Angela works alongside Principal Bruce Banks and eventually reveals her Big Secret to him. It draws an initial laugh, of course, but she eventually tells him, “My boss has such big plans for you.”

The film premieres November 6 on Lifetime.