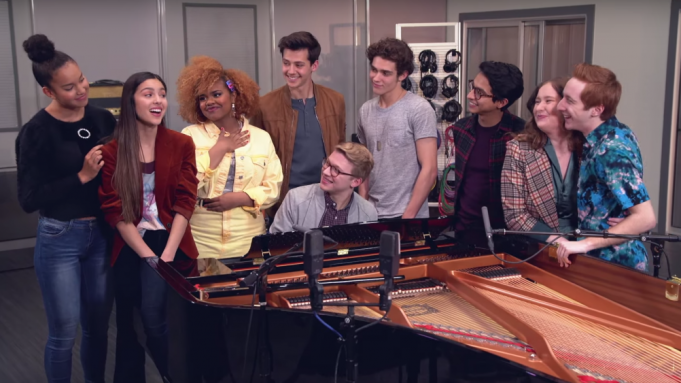 Disney+ and Disney Channel unveiled today that the drama students from East High are taking on Beauty & The Beast for the second season of High School Musical: The Musical: Series. To announce the news, Disney+ released a video of the cast from the series singing the titular song from the Disney classic.

In the new season, we’ll see the ups and downs of the East High drama crew as they prep to perform Beauty & The Beast for their spring musical. The sophomore season of the Disney+ season will include reimagined musical numbers from both the High School Musical movies and the stage production of Beauty and the Beast. There will also be brand-new songs that join hits from season one like “Born to Be Brave” and “Just for a Moment.”

Created and executive-produced by Tim Federle, High School Musical: The Musical: Series has struck the right chord with critics and audiences as it is “Certified Fresh” on Rotten Tomatoes. It was also recently nominated for a GLAAD Media Award.

“The outpouring of love and support for season one has been incredibly exciting, and I’m thrilled that the Wildcats are putting on Beauty & The Beast in season two,” said Federle. “It was one of the first Broadway shows I ever saw, when I was 14, and it’s got all the perfect metaphors for the high school experience: Do people judge me for how I look? What is true love? Will I achieve the future I dream of? And, perhaps most importantly, it’s got dancing forks.”