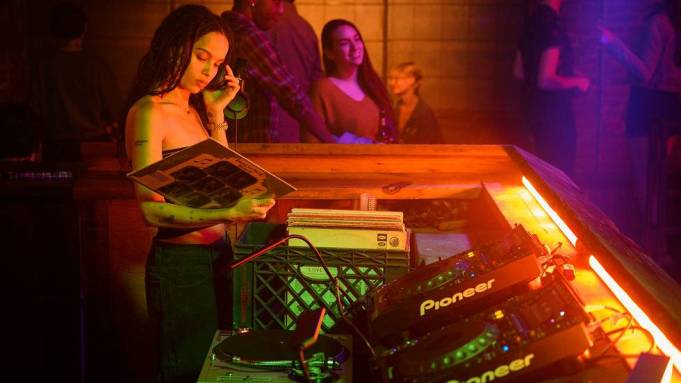 “You know you do this after every relationship?” he says. “Do what?” she asks. “No offense, but you kinda overthink things a little.” Cut to a street scene that explains his point. Cut back to her: “Uh, I think I tend to think about things the exact right amount, thank you.”

For context, take a look at the first teaser for High Fidelity, Hulu’s upcoming series reimagining of Nick Hornby’s 1995 novel and the 2000 feature starring John Cusack with a female point of view — that of Zoë Kravitz. She plays Rob, a record store owner in the rapidly gentrified Brooklyn neighborhood of Crown Heights who revisits past relationships through music and pop culture, while trying to get over her one true love.

‘The Vampire Chronicles’ Not Moving Forward At Hulu

High Fidelity originally was announced in April 2018 as being fodder for the then-unnamed Disney+. But the powers that be said a year later that it would run on fellow streaming platform Hulu. The series originally was pitched as a more of a lighter, PG-13 take on the material that would appeal to millennials, a demographic Disney+ is looking to reach. But as the development progressed, and especially after Kravitz came on board as star and executive producer, the project evolved creatively to become more mature.

Check out the teaser above, and tell us what you think.