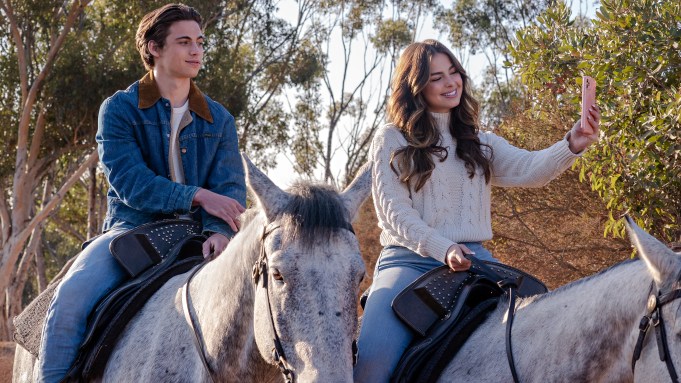 Cobra Kai star Tanner Buchanan is going from the sweaty dojo to being red carpet ready in the trailer for the upcoming Netflix film He’s All That, a reimagination of the 1999 hit She’s All That featuring a gender-role flip. The streamer on Wednesday released the trailer for the movie, which launches August 27.

Buchanan stars as Cameron, an anti-social high school student who becomes his classmate Padgett’s (Addison Rae) pet project as she tries to rehab her reputation after her cheating boyfriend’s antics go viral. If she could turn this average-looking teen into prom king material, her stock would climb! As easy as it sounds, things get complicated when Padgett begins to fall head-over-heels for her guinea pig and drama ensues.

Kourtney Kardashian, who is making her acting debut in the film, also appears in the trailer.

In the original film, it was Rachael Leigh Cook‘s character Laney Boggs who gets a makeover from Freddie Prinze Jr’s Zackary Siler. Cook will appear in He’s All That in the role of Padgett’s wise and caring mother. Additional cast includes Madison Pettis, Peyton Meyer, Isabella Crovetti, Annie Jacob, Myra Molloy and Matthew Lillard.

Original producers Jennifer Gibgot and Andrew Panay are producing the updated iteration from a screenplay by R. Lee Fleming, the screenwriter behind the original. Mark Waters is set to direct.