“No One Has Been Ruled Out,” DA Says Of Potential Charges In Alec Baldwin Movie Set Shooting
Read the full story
January 29, 2020 4:47pm
1Comments 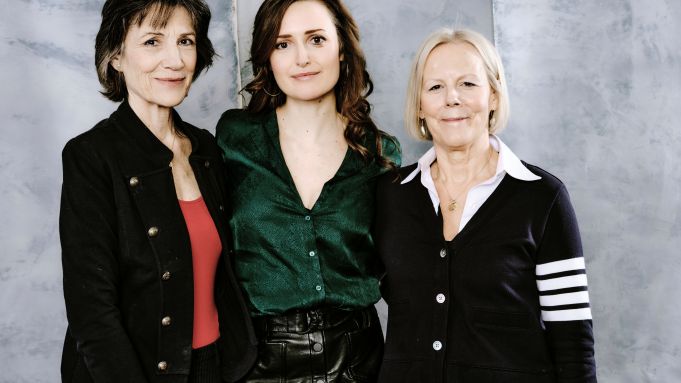 Herself, which debuted last Friday at the Sundance Film Festival, follows Sandra (played by Clare Dunne), a single mother who escapes her abusive partner with her two young children, only to find herself trapped in temporary accommodation. After months of struggling, Sandra draws inspiration from one of her daughter’s bedtime stories and hits upon the idea of self-building an affordable home.

Dunne, who co-wrote the film with Malcolm Campbell, said the idea for the film came from a friend.

“I also had a moment where a friend of mine was in a situation in Dublin where she had to declare herself homeless with three children,” said Dunne. “There was this all this stuff convoluting around my mind and I basically got a flash through my head of like ‘imagine a woman could build a house for herself and just go to the side of the usual beaten track of trying to get one through. So I literally just googled ‘self-build’, ‘Ireland, ‘cheap’ and that was the beginning of everything. Then I discovered Dominic Stevens, the real architect who actually did this for them.”

In the film, Sandra finds an architect who provides her with plans and is offered land by Peggy (Harriet Walter), a woman she cleans for. Sandra must face her past, in the form of her possessive ex, Gary (Ian Lloyd Anderson), and bureaucrats fight back against her independent spirit to be e able to rebuild her life from the ground up.

“Sandra is very much an everywoman,” said Dunne, sitting next to Walter and director Phyllida Lloyd at Deadline’s Sundance studio. “She represents a lot of young mothers in the world. I feel like she basically doesn’t even know it, but she’s definitely not a victim. She’s almost is told to be a victim by the world around her or by the things she’s up against. But in the course of the story, she sort of breaks down all those boundaries that she has in her head.”

See the full interview above.