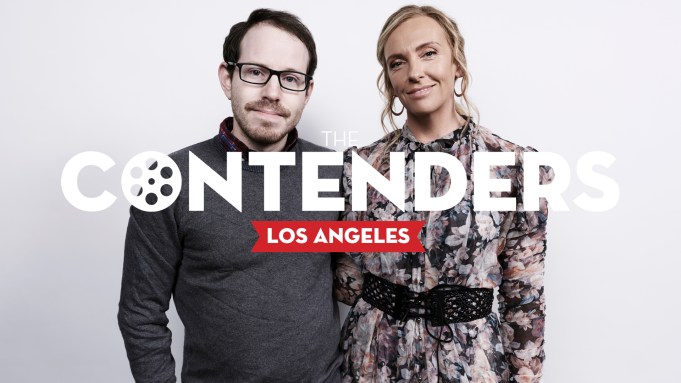 “The horror genre is one that I feel allows you to tell more uncompromising stories without losing the audience,” Hereditary director Ari Aster says of why he decided to unravel the tale of a deeply haunted family the way he did. “You can filter it through this other thing.”

Having debuted at the Sundance Film Festival at the beginning of the year and then rolling out in theaters in June, the Toni Collette-led fright fest and psychological terror certainly resonated with critics and audiences, netting some of the best reviews of the actor’s career and the highest worldwide gross ever for an A24 film. Made on a budget of $10 million, the pic co-starring Gabriel Byrne, Milly Shapiro and Alex Wolff has earned around $80 million for the company.

“I think every actor longs for a chance to ‘go for it,’ and when I read this script it was undeniable,” the Sixth Sense alum Collette told me onstage last month during Deadline’s annual The Contenders Los Angeles awards-season event at the DGA Theater.

There is no denying that Collette and Aster go for it in the director’s first feature as Hereditary peels back the layers of a family in mourning and the looming consequences that emerge — some more terrifying than others.

To hear more of what the filmmaker and the star of the pic had to say take a look at our conversation in the video above –it’s chilling, in the best way.