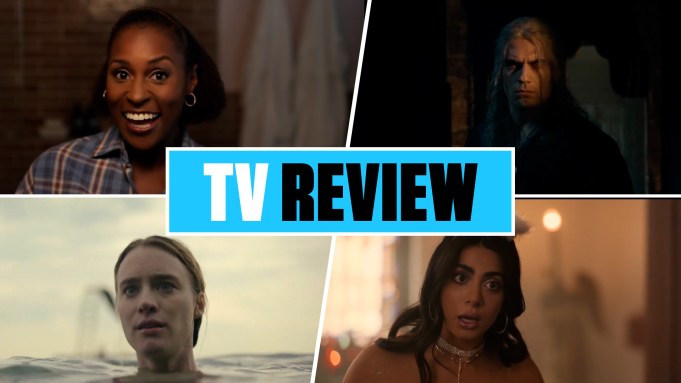 Amidst the usual fare of Christmas specials and movies new and old, there are some strong contenders for your holiday TV viewing pleasure this year.

Some are to be newly unwrapped, some are returning, and some are about to depart right after the big day. All of which is a shiny way of asking which one will be the show you have to watch this week? As always, you can find out the winner by watching the video above.

December 26 sees the series finale of Insecure on HBO. With one more episode on December 19 before the end of its fifth and final season, the Emmy and NAACP Image Award nominated Issa Rae co-created and star show has proven a mainstay of prestige television, a barrier breaker and a truly unique combination of drama, comedy and California love since its debut back in 2016.

Tomorrow sees the very timely debut of the pandemic limited series Station Eleven on HBO Max. Based on Emily St. John Mandel’s 2014 novel of the same name, the 10-episode adaptation by Leftover alum Patrick Somerville depicts a dystopian world two decades after a pandemic wiped out most of the population.

Back nearly two years after its first season launched on Netflix, the second season of The Witcher finds Henry Cavill’s mourning Geralt of Rivia on a mission to bring the Freya Allan portrayed Princess Cirilla to the safety of his childhood home of Kaer Morhen.

For fans of Andrzej Sapkowski’s books or the video game spinoff, the eight-episode Wither may sound all sword and sorcery, but it is also more — in every sense this cycle. Already renewed for a third season and with another anime film on decks, The Witcher is executive produced by Schmidt Hissrich. Tomek Baginski, Jason F. Brown, Sean Daniel, Mike Ostrowski, Steve Gaub and Jarosław Sawko.

So, which one will be the show you have to watch heading into the chaos and celebration that is Christmas? Check out the video above to find out