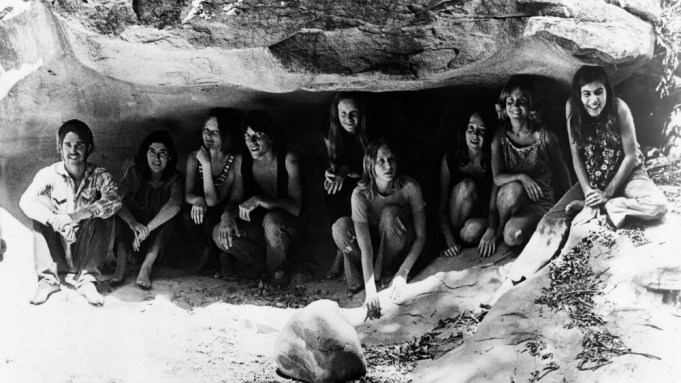 Epix has dropped the trailer for Helter Skelter, its six-part docuseries about Charles Manson and his crimes.

Just over 50 years after what came to be known as “The Tate–LaBianca murders,” Epix has produced the “most comprehensive” onscreen exploration of the Manson Family ever aired. Helter Skelter: An American Myth features never-before-accessed interviews with former family members and journalists who were on the scene and in the courtroom. The docuseries weaves these original narratives with archival footage and newly-unearthed images to present a layered and complex story which casts an entirely new light on this Crime of the Century. As the trailer puts it, “You think you know the story…You don’t.”

On the heels of Quentin Tarantino’s Oscar-winning Once Upon a Time in Hollywood, whose story could be called Manson Family-adjacent, Helter Skelter: An American Myth will take an unflinching look at the murder of Sharon Tate, Jay Sebring, Abigail Folger, Wojtek Frykowski and Steven Parent, as well as Manson’s subsequent trial.

The series is executive produced by Greg Berlanti and Sarah Schechter for Berlanti Productions and Eli Frankel for Rogue Atlas Productions. Warner Horizon Unscripted Television serves as the studio. Lesley Chilcott, producer of An Inconvenient Truth, will direct as well as serve as executive producer.

Helter Skelter is part of Epix’s slate of original docuseries. The company aims to air around 50 hours of non-scripted content a year, as part of 100 hours of original content. Other projects include music series Laurel Canyon, directed by Alison Ellwood (History of the Eagles) and Watergate series Slow Burn, based on the hit podcast.

EPIX, an MGM company, is a premium television network delivering a broad line-up of quality original series and documentaries, the latest movie releases and classic film franchises –- all available on TV, on demand, online and across devices.

Berlanti Productions is a production company founded by Emmy and Golden Globe nominated writer, director, and producer, Greg Berlanti. The company has produced both critically acclaimed and commercially successful titles since its inception in 2006. Berlanti’s producing partner, Sarah Schechter, serves as Chairwoman and President of the company.

Rogue Atlas Productions is a full-service television production company currently producing multiple non-scripted television series, and with various presentation and development deals at an array of networks and streamers. Founded by CEO Eli Frankel in 2011, Rogue Atlas is known for its eclectic range of shows and the premium visual style it brings to projects. Recent projects include an upcoming lifestyle series at Netflix, Revenge Body with Khloe Kardashian for E! and a pilot for NBC. Rogue Atlas has produced projects for multiple networks in recent years including, Discovery Channel, Bravo, E!, Oxygen, OWN, BET, Complex/Verizon Go90, TruTV, TBS, TVGN, GSN, Weather Channel, Pop, MTV and TVGN.