ICM Partners Subject Of L.A. Times Exposé: What Will Fallout Be In Hollywood?
Read the full story
July 1, 2020 1:34pm
1Comments 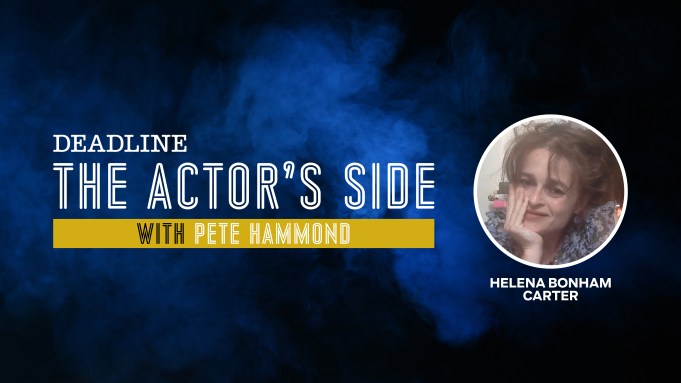 To put it mildly, Helena Bonham Carter is a real hoot. Don’t miss this one, folks.

Zooming in from England for this week’s episode of my Deadline video series The Actor’s Side, the veteran star and two-time Oscar nominee is in high spirits as we talk about her Emmy-buzzed current role as Princess Margaret in Seasons 3 and 4 of Netflix’s The Crown, her personal connection and meetings with the late princess, her exhaustive research including consulting astrologers and graphologists to go deep into the role, the extreme rivalry between the Queen (played by Olivia Colman) and “old Marge” as she calls her and so much more about the show. She shot both seasons back-to-back but does not yet know when Season 4 will be seen, but says Episode 7 was especially juicy.

She also talks about the wide variety of roles she has played including Margaret in The Crown and Margaret’s mother in her Oscar-nominated turn in The King’s Speech. And then there were franchises like Harry Potter as Bellatrix Lestrange, Planet of the Apes, Ocean’s 8, Alice in Wonderland (which she stole as the Red Queen), and reveals something completely surprising about her role of Marla Singer in The Fight Club. Of course, there were a lot of tony projects along the way including A Room with a View, Howards End, another Oscar nomination for The Wings of the Dove. She tells me though she has always been a “character actor,” loves TV because “aging is in” and you are allowed to play older people. She also talks about changing things up in terms of the parts she chooses, and why some roles like playing actress Elizabeth Taylor, linger in her head long after the lights have been turned off in the studio. We start however with this delightful star putting on her ‘crowns’ for us. To watch Helena Bonham Carter give us the Actor’s Side of her life, just click on the link above. To see the whole uncut interview just click on the link directly below. Lots of fun with this one.