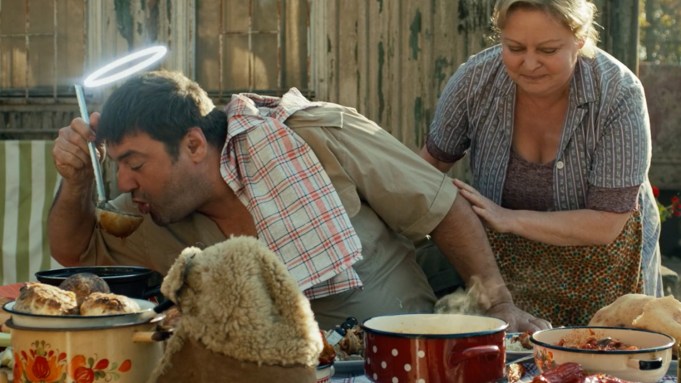 EXCLUSIVE: Here’s your first look at footage from Heavens Above (Nebesa), Srdjan Dragojevic’s dark comedy that will have its premiere in competition at the Locarno Film Festival this year.

The pic gives an unconventional perspective on the transition period in a post-communist country, treating it as a turbulent shift from a pagan world into a Christian era. It follows a man who wakes up with a halo circling mysteriously above his head and is unsure what it means or how to react.

“Having spent half of my life in a socialist and atheist society, creating a film about Christianity was a challenging task for me. Especially since my intention was to both be respectful and make a comedy,” said director Dragojevic.

International sales are being handled by Pluto Film.