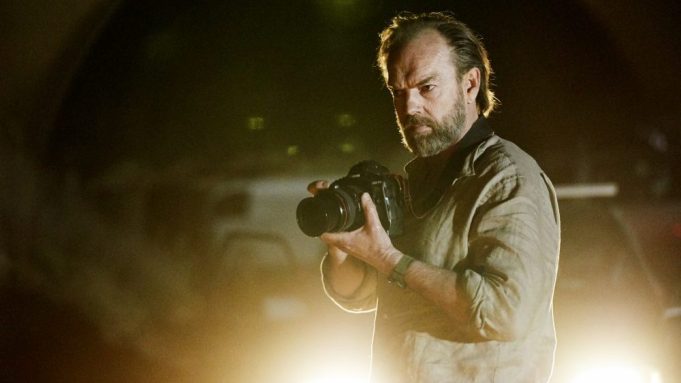 EXCLUSIVE: From The Matrix to Lord of the Rings, actor Hugo Weaving is known for many of his roles in fantasy films but in Ben Lawrence’s forthcoming feature Hearts and Bones, he stretches his dramatic muscles. Weaving stars opposite newcomer Andrew Luri, who worked as a garbage truck driver before auditioning and landing the role for the film.

Written and directed by Lawrence, Hearts and Bones follows war photographer Daniel Fisher (Weaving) who has returned home to the news of his wife’s pregnancy. Determined not to let fatherhood alter his way of life, he begins preparations for an upcoming exhibition and his next overseas assignment. However, as the birth of his child draws near he struggles to keep his rising anxiety hidden.

The exhibition affects the life of South Sudanese refugee Sebastian Ahmed (Luri, who is also a refugee in real life) who has created a safe life in Australia with his wife and child.  Daniel’s exhibition threatens to display photographs of a massacre that occurred in Sebastian’s home village 15 years earlier. When Sebastian approaches Daniel with an appeal to not display any images of the massacre, an unlikely friendship develops between the two men that challenges Daniel’s creative control and unearths disturbing details surrounding Sebastian’s past.

The film, which also stars Hayley McElhinney and Bolude Watson, will make its world premiere September 7 at TIFF. Watch the trailer above.