Continue to Deadline SKIP AD
You will be redirected back to your article in seconds
Skip to main content
February 18, 2020 2:38am 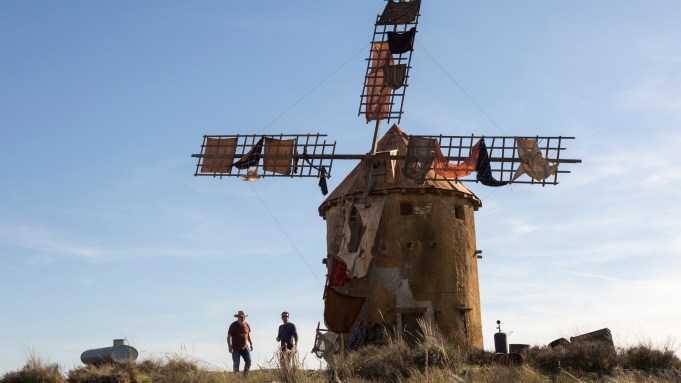 The film heralds from directors Keith Fulton and Lou Pepe and BAFTA-nominated producer Lucy Darwin (and Fulton), the same filmmaking team from cult 2002 doc Lost In La Mancha. Today we can also reveal a first promo clip for the movie.

He Dreams Of Giants charts the decades-long struggle by Brazil and Time Bandits director Gilliam to make a film based on Cervantes’ classic novel Don Quixote. Picking up Gilliam’s trail after the infamous disaster of Lost in La Mancha, the film finds the director grappling with legacy and mortality and the movie that became Cannes premiere The Man Who Killed Don Quixote.

The Doc NYC debut is a Darwin Films and Low Key Pictures production in association with Corniche Media and Fikree Films.

Fabien Westerhoff, CEO, Film Constellation said, “The creative process Keith and Lou have captured over decades is just dazzling. 18 years after the cult Lost In La Mancha, we’re back behind the scenes to witness one of the most ambitious and challenging productions in cinema history. Terry’s journey has been documented with great care, and we couldn’t be happier to be working with such a brilliant filmmaking team.”

We spoke to Gilliam multiple times about the epic journey to screen for The Man Who Killed Don Quixote, whose Cannes screening was almost thwarted last-minute by a fiery legal dispute. Here’s our interview from Cannes 2018 and here’s another interview we did earlier this year.