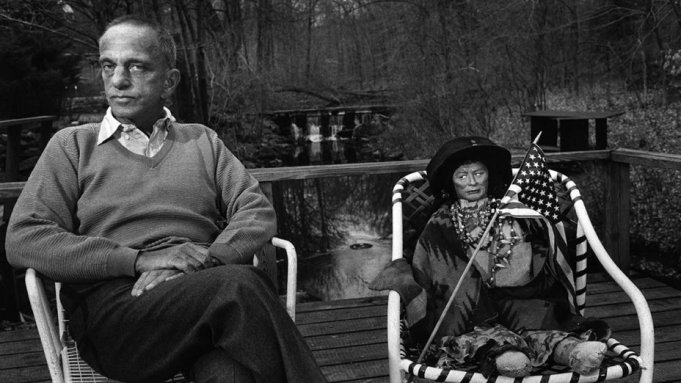 EXCLUSIVE: Here’s the first trailer for Ivy Meeropol’s documentary Bully. Coward. Victim. The Story of Roy Cohn, which will debut on HBO later this month.

The feature film, which had its world premiere at the 2019 New York Film Festival, is another insight into the infamous attorney who prosecuted the Meeropol’s grandparents, Julius and Ethel Rosenberg, and later argued persuasively for their execution.

The documentary draws on unearthed archival material and audiotapes to paint a portrait of Cohn’s life from the late 1950s as chief counsel to Senator Joseph McCarthy, through to the 1980s when he embedded himself in the Reagan White House as a “rabid anti-homosexuality activist and political mentor” to current U.S. president Donald Trump before dying of AIDS in 1986.

“Roy Cohn made his name prosecuting and pushing for the execution of my grandparents Ethel and Julius Rosenberg,” said Meeropol. “Many years later he became Donald Trump’s lawyer, mentor and close friend. If there was ever a time to reflect on how we got here it is now. I am so grateful for the opportunity to share the film with HBO audiences.”

“One thing I didn’t know until 1988 was that Cohn was gay and had succumbed to AIDS. Learning this about him made me want to know more about this man and the secret life he led. This clash of feelings, hating a man and believing he was evil while simultaneously feeling empathy for that same man who no doubt suffered in the closet, drove my approach in making this film.”

The HBO Documentary film will premiere on June 19 on HBO before hitting HBO Max and other platforms. Producers are Motto Pictures and Red 50 Productions. HBO’s Nancy Abraham and Lisa Heller are executive producers.

The feature comes hot on the heels of 2019 Sundance doc Where’s My Roy Cohn?