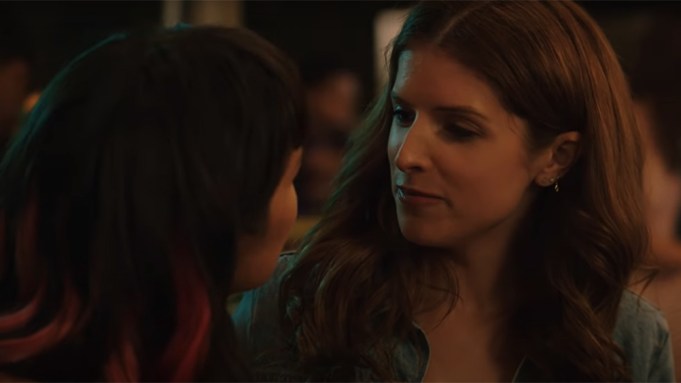 HBO Max has unveiled trailers for its programming slated to launch on day one of its streaming service. Set to premiere on May 27 are Love Life, starring Anna Kendrick, feature documentary On the Record, a Sundance 2020 Official Selection; underground ballroom dance competition series Legendary; Craftopia, hosted by YouTube star LaurDIY; Looney Tunes Cartoons, from Warner Bros. Animation; and Sesame Workshop’s The Not Too Late Show with Elmo. You can watch all above and below.

LOVE LIFE
Love Life, starring Anna Kendrick, is about the journey from first love to last love, and how the people we’re with along the way make us into who we are when we finally end up with someone forever. From creator and co-showrunner Sam Boyd (In a Relationship) and produced by Lionsgate Television and Feigco Entertainment, the series will follow a different protagonist’s quest for love each season, with each half-hour episode telling the story of one of their relationships. Zoë Chao (Downhill, Strangers), Peter Vack (Someone Great, The Bold Type), Sasha Compere (Miracle Workers, Uncorked), and Lesley Manville (Phantom Thread, Another Year) also star.

ON THE RECORD
Directed and produced by Kirby Dick and Amy Ziering (The Hunting Ground, The Invisible War), and first reported by the New York Times, On the Record presents the story of music executive Drew Dixon as she grapples with her decision to become one of the first women of color, in the wake of #MeToo, to come forward and publicly accuse hip-hop mogul Russell Simmons of sexual assault.

CRAFTOPIA
Craftopia is an epic kids crafting competition show hosted and executive produced by YouTube influencer Lauren Riihimaki aka (LaurDIY).  On Craftopia, 9 to 15-year old contestants put their imaginations to the test and make their crafting dreams come true in a magical studio. After racing to fill up their carts with inspiring materials from the studio “store,” crafters meet larger-than-life challenges, making truly inventive and amazing creations in order to take home the ‘Craftrophia.’

Craftopia is executive produced by Rhett Bachner and Brien Meagher for B17 Entertainment.

The Not Too Late Show with Elmo is produced by Sesame Workshop.