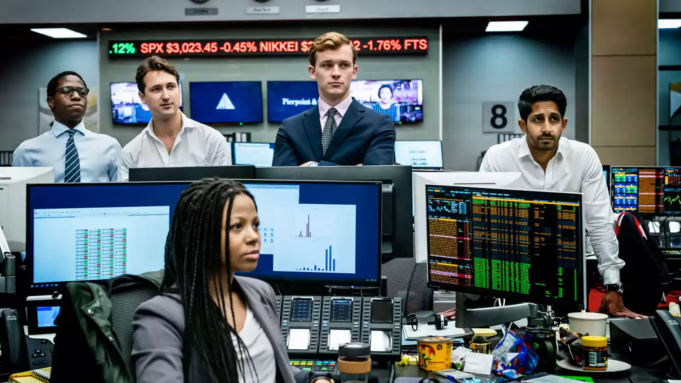 HBO has released the trailer and set the premiere date for its drama Industry, created by Mickey Down and Konrad Kay. The series, which follows a group of ambitious young bankers navigating the cutthroat and toxic inner workings of corporate banking, is set to hit HBO on Nov. 9.

“People know what they’re joining,” a man says in the trailer.

In the snippet, bosses scream at their employees, young financiers take drugs to have an edge and co-workers intimidate each other. Despite the stressful environment over at  Pierpoint & Co., Industry has moments of joy and camaraderie.

From scenes of co-workers partying at a club and to them coming together to cry tears of joy, the Industry trailer teases the ups and downs set to occur in the drama. The relationships and worst practices of the workplace, however, find their way into the personal lives of these up-and-coming bankers.

“I only want to be judged on the strength of my abilities,” Myha’la Herrold’s Harper says in the trailer.