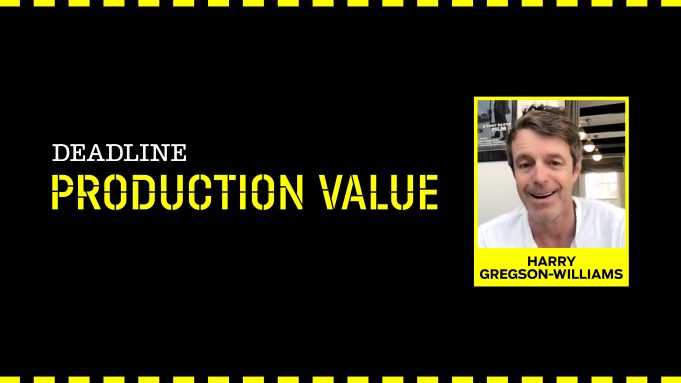 Gregson-Williams explains in the latest installment of Deadline’s Production Value video series that when Scott first approached him for The Last Duel, he’d only completed production on around half of the film, due to a shutdown imposed by the Covid-19 pandemic. The director hoped for his score to have a “visceral” presence, focused less on battle scenes themselves (of which there were quite a few), but on what characters were feeling in the aftermath. “So, you’re involved in the emotion, not in the aggression of it, and actually, it was a different way of doing a movie for me. I was very happy to do it,” he says. “I had just as much responsibility on my shoulders, just in a different sort of way. So, I wasn’t competing with horses’ hooves and sword clashing at all; quite in reverse.”

While there were “no prizes for complete authenticity” in scoring the period film, Gregson-Williams pursued instrumentation that would “put the audience in mind” of the late 14th century, including various viols, ethnic woodwinds, lutes and dulcimers, also ultimately incorporating a great amount of vocal work from Grace Davidson (“a fantastic soprano from England”), and English countertenor Iestyn Davies.

Given the amount of needle drops featured in House of Gucci, the experience of scoring that film proved to be quite different. “Any movie that has a number of songs in it, often, the score is having to weave in and out of those and take great notice of that, because that really matters,” says Gregson-Williams. “My role was a lot more limited than it was in The Last Duel because there are quite a few songs, but nonetheless important and challenging.”

Gregson-Williams was a frequent collaborator of Ridley Scott’s filmmaker brother, Tony, prior to his passing in 2012. He first connected with the elder Scott (who he calls “a prolific guy” and “a heck of a hard worker”) for 2005’s Kingdom of Heaven, subsequently collaborating with him in varying roles on additional films including the documentary Life in a Day and its sequel, Life in a Day 2020, as well as Prometheus, Exodus: Gods and Kings and The Martian.

The composer says in earnest that the biggest challenge for him on The Last Duel and House of Gucci is the same he’s faced on each of Scott’s films: Simply put, “Pleasing Ridley.

“You know, he’s an artist,” he observes. “It’s never going to be easy, but that’s not what one gets into this for.”

What Gregson-Williams most enjoys about working with the cinematic icon is how he negotiates his relationships with his collaborators, and how he approaches the iterative process of getting a given film to its final form. “He’s lovely because generally when he hears something that he’s not sure about, instead of starting with, ‘No, I don’t like it. Do it again’ or whatever…he usually poses a question. He’ll always be positive about it,” says the composer. “‘This is going to be great. Love the colors, love this. Question. Is that slightly spiky tone right for this scene?’ It’s great because that’s his way of directing or guiding you.”

Gregson-Williams grew up in “a very musical family,” beginning to play multiple instruments by age four or five. “My dad chose to have us live in a house that was so far removed from an urban area that there actually wasn’t electricity. There was a kind of generator that we were only allowed to use if we really needed to,” he recalls. “So, a lot of our free time growing up was interacting with various siblings in a musical way, and particularly with my dad.”

The composer later went to a “specialist music school,” finding inspiration in “English church music” and composers of the 19th and 20th century including Sir Charles Villiers Stanford and Hubert Parry, as well as the work of David Bowie.

Gregson-Williams was introduced to the world of film scoring after a chance 1994 run-in with legendary composer Hans Zimmer, who’d just won his Oscar for The Lion King. “I didn’t know who he was. What impressed me was not any Oscar, but walking into the room that he’d rented in the studio that I was working in, and seeing all these flashing lights, and hearing what I supposed to be an orchestra,” he says. “I couldn’t get my head round that. I thought, ‘Well, hold on a second. This guy’s having so much fun. What’s he doing?’ So, I was given a pretty amazing initiation into the world of film music.”

Gregson-Williams would become “fast friends” with Zimmer, subsequently spending “every waking hour sitting on a stool beside him while he was in London.” He’d assist the composer in his work on films including Crimson Tide, before heeding Zimmer’s advice that he move to LA and come to work with him full-time.

With Zimmer as his mentor, Gregson-Williams learned to bring technology into his composing process—rather than sticking to his roots as a “pencil and a piece of paper” type.

“He, early on, expressed a desire for me to really learn this way of doing things. You know, if we were really going to collaborate—not pretend to, but really be able to let someone like a Ridley Scott into our world—then we were going to have to become programmers and demo-makers,” Gregson-Williams explains. “He showed me very much that this would be a way that I could break into this, as he had done, by using the technology in such a way as to be able to collaborate, and let a filmmaker into our world, and therefore be offering something that perhaps somebody else wasn’t at that time.”

Zimmer was so confident in Gregson-Williams’ skill, and so assured about the importance of embracing emerging new technologies, that he personally guaranteed the $100,000 loan the up-and-coming artist needed, in order to purchase 27 Roland samplers for his studio. “Gradually, as I paid my debt off to the bank—it took a while, but I was able to appreciate that this was something I could utilize in my own way,” he says. “Obviously, having had a lot of musical education and training, I was able to combine that with the way that he did things. So, I didn’t really look back after that, in terms of how I wanted to be able to make music in this environment.”

Gregson-Williams got his big break as a composer on the DreamWorks film Antz, which he scored with John Powell, subsequently going on to collaborate with the studio on Chicken Run, the Shrek franchise and Flushed Away, among other films. (The composers were introduced to one another and set up for the job by Zimmer himself.)

What he loves most about his job is “the variety” of work he’s able to help bring to life, the “different challenges” he’s routinely faced with, and the “different personalities” he’s exposed to.

Check out our entire interview with Gregson-Williams above.