The Film That Lit My Fuse: Oscar-Winning Director Ron Howard
Read the full story
May 24, 2019 8:27am
1Comments 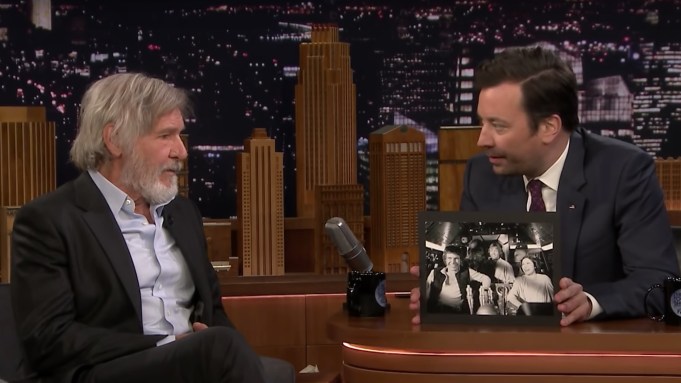 Harrison Ford remembered his old pal and Star Wars co-star Peter Mayhew during a visit with Jimmy Fallon on The Tonight Show last night. Mayhew, who played the Wookiee Chewbacca from the first installment in 1977 until 1983, died April 30 at the age of 74.

Perhaps more than any of Mayhew’s Star Wars colleagues, Ford and his Han Solo character were the most closely associated with Chewbacca, as the hairy Wookiee was Solo’s co-pilot and partner in derring-do.

Last month, when news of Mayhew’s death in Texas spread, Ford released a heartfelt statement about his longtime friend.

“These aspects of his own personality, plus his wit and grace, he brought to Chewbacca. We were partners in film and friends in life for over 30 years and I loved him. He invested his soul in the character and brought great pleasure to the Star Wars audience.

Chewbacca was an important part of the success of the films we made together. He knew how important the fans of the franchise were to it’s continued success and he was devoted to them. I and millions of others will never forget Peter and what he gave us all.  My thoughts are with his dear wife Angie and his children.  Rest easy, my dear friend…”

Watch Ford’s Tonight tribute above (it comes in around the 3:25 mark). And earlier in the clip, check out Mark Hamill’s spot-on imitation of Ford).