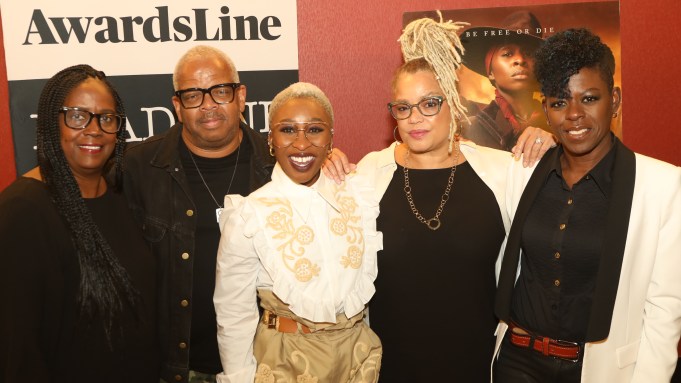 There is absolutely no denying Harriet Tubman’s significance in American history: a famous conductor of the Underground Railroad who freed many enslaved people, a Union Army spy and an activist for women’s suffrage. But the story of the much-lauded perennial figure of the Civil Rights movement never had been translated into a feature — until now.

For Harriet director Kasi Lemmons, “this being a time of women” provided an optimal opportunity to give Tubman’s account life on the big screen. “This is one of the first times that it has really been considered really viable to have a woman, especially a black woman, in the title role.”

That woman being Tony, Emmy and Grammy winner Cynthia Erivo, who was found not only her physical similarities with the famous abolitionist but also was able to take something away from the experience in the role. “It opened up the doors for me to look further into what I believed and my faith and to be braver about that,” Erivo said. “Her determination is second to none but I’m definitely as determined as it can get.”

Instead of going for the obvious by playing up the violence of slavery, Lemmons took a different approach to portray the trauma of institutional servitude. “I did not feel that I had to beat black bodies for anyone’s entertainment,” she said. “It’s very important to slavery, obviously. It was incredibly brutal, and we all know that. They have scars, but they also have other scars. I wanted to talk about the trauma of being separated from families. The Harriet Tubman story is in many ways about the love of family.”

The filmmaker added, “I wanted to include the story of physical brutality, which you see in their scars, but I did not feel that that’s what this was specifically about.”

Harriet is currently in theaters via Focus Features.

To see more of the Q&A, click the video above.