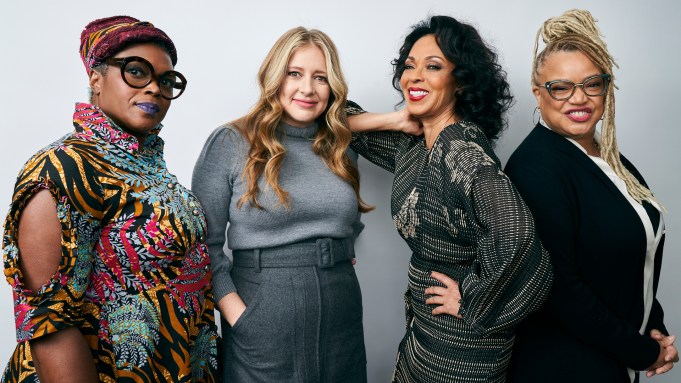 The Broadway revival of The Color Purple netted Cynthia Erivo a Grammy Award for Best Musical Theater Album. It also led, by chance, to her movie breakthrough: the opportunity to play famed 19th century abolitionist and escaped slave Harriet Tubman in Harriet.

“I went to go see The Color Purple…on Broadway and sat there and was like, ‘That’s Harriet,’ ” the film’s producer Debra Martin Chase said recently at Deadline’s The Contenders New York awards-season event. “Obviously, when you’re casting any movie, but a biopic [especially], you’re looking for a needle in a haystack, that person that has the chops, that physically embodies the person. Harriet Tubman was 5 feet tall, right. Cynthia’s 5’1″ but has that strength. You forget — you think she’s 6 feet tall because she just has that confidence and that gravitas as a human being.”

Erivo has earned a Golden Globe nomination for her performance as Tubman, who freed fellow slaves through skillful and courageous use of the Underground Railway.

Just as important to the success of Harriet was finding the right director to make it.

“Debra and I had been developing the project for a few years and we kept hitting a wall,” fellow producer Daniela Taplin Lundberg told the DGA Theater crowd of Academy and guild voters. “We hired a few writers to take [Gregory Allen Howard’s] script to the next level and…it wasn’t capturing the essence of Harriet, which was like she’s as much a woman as she is a freedom fighter, right. And I think one day we just looked at each other and said, ‘Kasi.’ ”

That would be award-winning filmmaker Kasi Lemmons, who wrote a new draft of the script before going behind the lens on the Focus Features film.

“I was so interested in [Tubman] as a human being, that she was motivated by family and by love,” Lemmons said, “which is something that I don’t think I really registered in my understanding of her story, that she went back for her family and her husband. She thought, ‘If I’m free, they should be too.’ And the rest of her heroism kind of sprang from that, moved forth from that.”