Continue to Deadline SKIP AD
You will be redirected back to your article in seconds
Skip to main content
December 5, 2019 3:33pm 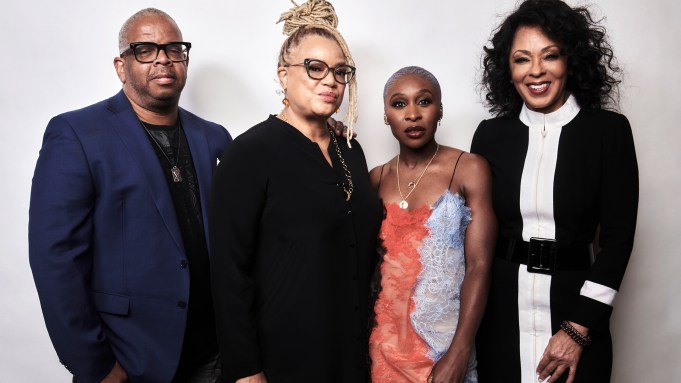 “I had known about her since I was little,” Harriet star Cynthia Erivo said of the iconic Underground Railroad hero Harriet Tubman. “I felt like she was a superhero to me and I wanted to make sure the world saw her as a human being and a woman,” added the British-born Tony and Grammy winner.

Coming out November 1, Harriet is remarkably the first feature film about Tubman. Having spent five years getting the story of the slave-turned-slave liberator to the screen is a fact Chase both lamented and explored before the packed crowd at the DGA Theater in Hollywood last month.

“For a long time, Hollywood was not ready to make movies starring African-American women about African-American women and certainly not a period piece,” Chase said. “As much as it took us all the time to get the script right, to find the most amazing director, to find Harriet, also the country caught up with us and the industry caught up with us and this is the perfect time for the movie to come out.”

With a solid box office performance, a strong performance from Erivo and a great tune in the original song “Stand Up,” the Focus Features-released Harriet is a clear triple treat this awards season.

Watch the conversation with the people who brought Harriet’s tale to the big screen by clicking on the video above.