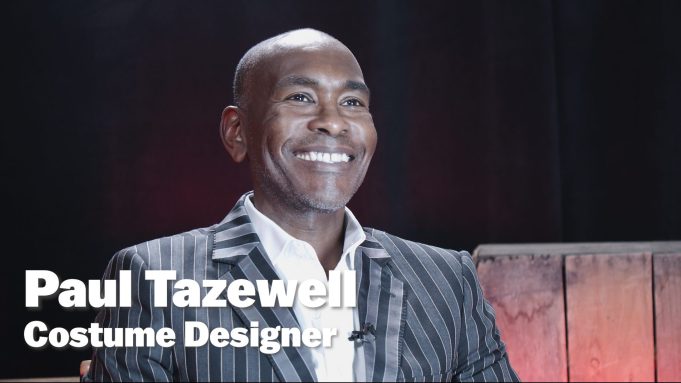 On Kasi Lemmons’ Harriet, Paul Tazewell was tasked with designing costumes for slave-turned-abolitionist Harriet Tubman—a legendary figure, whose looks were nonetheless only documented in a handful of photographs.

“There are a number of photographs of her—I think maybe five that we are familiar with. Most of those photographs are of her as an older woman,” the costume designer says of Tubman, who was born in 1822, and became famous for her work on the Underground Railroad, helping approximately 70 slaves escape the South, beginning in the 1850s.

For Tazewell, the costume design process on Harriet opened up when a younger photo of Tubman emerged. “It was revealing to see her without a head wrap, to see her in a bodice and skirt that was elegant,” he says, in the latest installment of Deadline’s Production Value video series. “There was a vitality about that photograph, and a youthfulness that allowed us to see her in a much broader way.”

Starring Cynthia Erivo, Harriet follows Tubman’s extraordinary journey from slave to freedom fighter, and her transformation into one of America’s greatest heroes. “We’re following the evolution of a really remarkable woman, from her most humble beginning,” Tazewell says, “and then her journey and search for freedom, and freedom of spirit, as she moves toward the North.”

Striving to track the mindset of Tubman as she evolves throughout the film, Tazewell found a pivotal costume moment in the abolitionist’s first meeting in the North, with Janelle Monáe’s Marie Buchanon. “When she meets Marie, it’s the first time that she sees a black, free woman that is self-created, [who] has the wherewithal to dress in finery that, up to that point, Harriet has only seen on white women,” the costume designer explains. “So, she starts to switch what her perspective is on being a modern woman of the period.”

While Erivo wears numerous costumes throughout Harriet that are primarily functional, or that contributed to Tubman’s abilities as a master of disguise, she ultimately ends up in a memorable “power look,” Tazewell explains—that being her red velvet coat and dress. “That resonates more as an emotional statement for her,” he says, “that she has evolved into this superhero.”

Long before making a name for himself in film and television, the costume designer behind Harriet became widely known for the work he was doing on Broadway. Growing up with a passion for costume design, and pursuing it all the way through grad school, Tazewell found his first Broadway production at The Public Theater, in George C. Wolfe’s Bring in ‘da Noise, Bring in ‘da Funk.

Nominated for a Tony Award for that production, Tazewell eventually connected with the creative team behind two of Broadway’s most celebrated contemporary musicals—In the Heights and Hamilton—designing costumes for both productions.

“I was on Hamilton from the very beginning. I knew that I loved it. I knew that it was a very emotional piece and beautifully written, and everything that you want in a Broadway show,” the costume designer reflects. “I just had no idea that the rest of the world would hold onto it in that way, as well.”

Given his wealth of experience in musical theater, it’s not surprising that Tazewell quickly made an impression in Hollywood with his work on two live TV musicals—The Wiz Live! and Jesus Christ Superstar Live in Concert. This year, the designer found perhaps the ultimate bridge between his theatrical roots and film, in Steven Spielberg’s highly anticipated update on West Side Story.

For more from our conversation with Tazewell, click on the video above.