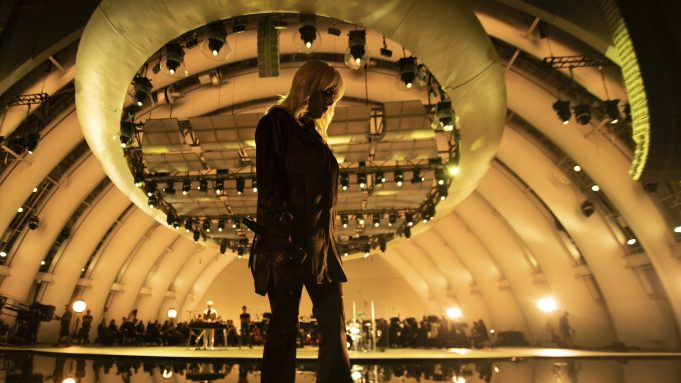 Disney+ has unveiled the first official trailer for Happier Than Ever: A Love Letter To Los Angeles, the concert special from Grammy winner Billie Eilish, which will premiere globally on September 3.

The cinematic concert experience, from directors Robert Rodriguez (Alita: Battle Angel) and Patrick Osborne (Feast), offers an intimate performance of every song in Eilish’s new album of the same, in sequential order – for the first and only time – from the stage of the legendary Hollywood Bowl.

The special will also include animated elements, taking viewers on a dreamlike journey through Billie’s hometown of Los Angeles and its most iconic backdrops. It will feature performances by Eilish’s brother and close collaborator Finneas, the Los Angeles Children’s Chorus, the Los Angeles Philharmonic conducted by Music & Artistic Director Gustavo Dudamel, and world renowned Brazilian guitarist, Romero Lubambo, with orchestra arrangements by David Campbell.

The special was produced by Interscope Films and Darkroom Productions, in association with Nexus Studios and Aron Levine Productions, with Kerry Asmussen serving as director of the live concert.

Released on July 30, Happier Than Ever is the second studio album from Eilish, which she wrote and produced with Finneas. The album debuted atop the U.S. Billboard 200 and topped the charts in 19 other countries.

It comes on the heels of her breakout album, When We All Fall Asleep, Where Do We Go?, which debuted at No. 1 on the Billboard 200 in the U.S., as well as in 17 additional countries around the world upon its release in 2019, and was the most streamed album of that year.

Check out the trailer for Happier Than Ever above.