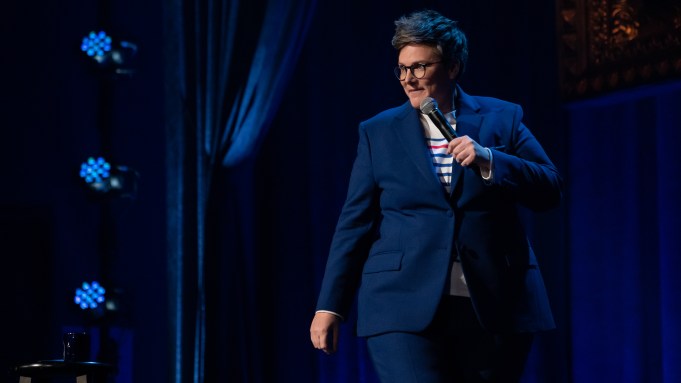 Hannah Gadsby won a Primetime Emmy and a Peabody for Nanette, her debut 2018 stand-up special on Netflix that broke barriers tackling what it was like growing up on Tasmania, and how she’s has taken on the cultural norms that enable sexism, homophobia and abuse. The success has spawned Hannah Gadsby: Douglas, a new stand-up special that hits the streamer May 26.

The solo show, named after her dog, has been on tour, with the North American leg beginning in San Francisco in April 2019. Last summer, Douglas played a four-week run Off Broadway at the Daryl Roth Theater, mirroring Gadsby’s sold-out 2018 run.

Gadsby was a decade into her stand-up career when Nanette played to sold out houses across Australia, London, Edinburgh, New York and Los Angeles, before the show bowed on Netflix in June 2018. It earned a pair of Emmy noms, and won for Outstanding Writing for a Variety Special.